Home » Geopolitics » What’s Really Happening in Ukraine? The Rules of Disinformation During Wartime

What’s Really Happening in Ukraine? The Rules of Disinformation During Wartime

What’s Really Happening in Ukraine? The Rules of Disinformation During Wartime 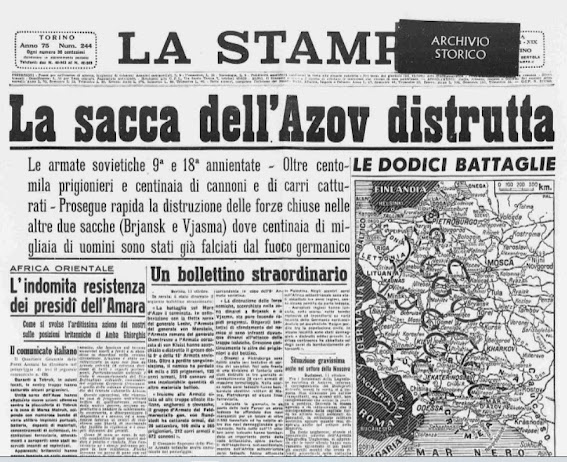 The front page from the Italian newspaper “La Stampa” on Oct 12, 1941. A good example of wartime propaganda.

War is a complicated story with plenty of things happening at the same time. Not for nothing there is the term “fog of war,” and it may well be that even generals and leaders don’t know exactly what’s going on on the battlefield. Then, imagine how the media are reporting the situation to us: it is not just a fog that separates the news from the truth: it is a brick wall. Yet, the media remain a major source of information. Can we use them to learn at least something about what’s going on, discarding the lies and the exaggerations?

To start, we can look at how wartime news was reported in historical cases. As an exercise in applied history, I examined how Italians were (dis-)informed by their government during World War 2. I used the archive of “La Stampa” one of the major Italian newspapers of the time, still existing today. The other national newspapers weren’t reporting anything really different. Another advantage is that the archive of La Stampa is free to peruse.

The archive contains a huge amount of material (all in Italian, sorry). I don’t claim that I examined everything, but I did go through the decisive moments of the war, in 1941/43. It is a fascinating experience to imagine people reading the news of the time and trying to understand what was really going on. Could they figure it out? Probably not, at least for most of them. But let’s go into the details.