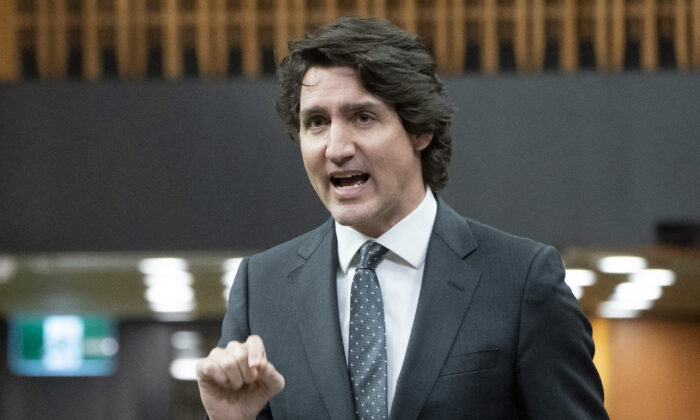 With the parliament now formally invoking the Emergencies Act, many civil freedoms can be suspended in the name of dealing with our current emergency, whatever that may be.

The right to peaceful assembly and association has been suspended as gatherings are banned in certain areas. Property rights are being suspended as supporters of the Freedom Convoy are having their bank accounts seized and vehicles impounded. Rights pertaining to the security of the person have been suspended as police can force labour from people, such as tow truck drivers, upon threat of imprisonment.

As if the suspension of all the aforementioned rights wasn’t enough, in listening to Prime Minister Trudeau, it sounds like his government may want to infringe upon our rights even further under the dubious justification of quelling a protest crisis in Ottawa.

The Trudeau government may go after our rights to free speech, expression, and press.

During a press conference just prior to the parliamentary vote on the Emergencies Act, Trudeau expressed at length the reasons he felt invoking the Act was justified. Trudeau mentioned what he called “misinformation and disinformation” multiple times during the presser. What is in the Act that could be used to battle apparent misinformation if indeed such misinformation was part of why the Act was needed?

Nothing in the Emergencies Act itself refers to misinformation but it does give the government some strong powers that are open to some pretty broad interpretation. The government can now force Canadian banks to seize the assets of citizens without a court order. With no judicial oversight required, the government doesn’t need to justify to anybody why a citizen’s bank accounts should be seized. They need only order it.