New Evidence that World Trade Center was Not a Surprise – More lies?

New Evidence that World Trade Center was Not a Surprise – More lies?

Recently, a new tape has emerged from a private camera that was there during 911 filming the collapse of World Trade Center #7 from a different angle – the only one that no plane ever hit. I have stated that the coincidence with WTC7 collapse was a wipeout of evidence as was the Pentagon which conveniently hit the room with all the evidence about the missing $2.3 trillion from the defense budget.

These two very convenient buildings that were attacked were most likely a major cover-up. That is where they took our computer system and when I asked for my legal discovery, the SEC responded that everything was destroyed in 911. No government employees were in the WTC7 building when it collapsed. They were evacuated. The motto seems to be – we do not kill your own, only civilians. I am sure one day before someone involved dies will clear their conscience and come clean about who order this event. Like Deep Throat, they always tell the truth when death is at their door.

What people do not realize is that BECAUSE of 911 hitting the very room where all the documents were concerning the Pentagon budget, the audit never took place. Worse still, it seems to have endorsed a continual problem of missing money from the Pentagon. That $2.3 trillion in 2001 has grown now to $35 trillion. Clearly, the benefit of 911 has been the ability to keep hiding missing money that nobody seems to care about. 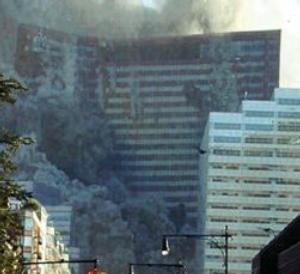 The collapse of WTC #7 was clearly a demolition to hide evidence. The government’s claim was it collapsed from fire.  The problem was the fire would have to have been 800 degrees celsius to do that and the building would not have collapsed straight down. There was also no source of fuel to burn that hot.