By olduvai in Environment, Survival on February 25, 2021. 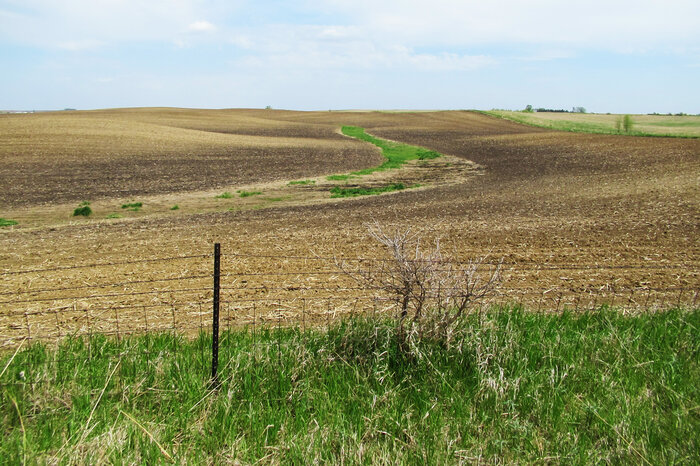 Soil on hilltops in this photo is lighter in color, revealing a loss of fertile topsoil.
Evan Thaler for NPR

Farming has destroyed a lot of the rich soil of America’s Midwestern prairie. A team of scientists just came up with a staggering new estimate for just how much has disappeared.

The most fertile topsoil is entirely gone from a third of all the land devoted to growing crops across the upper Midwest, the scientists say. Some of their colleagues, however, remain skeptical about the methods that produced this result.

The new study emerged from a simple observation, one that people flying over Midwestern farms can confirm for themselves. The color of bare soil varies, and that variation is related to soil quality.

It’s full of living microorganisms and decaying plant roots, also called organic carbon. When settlers first arrived in the Midwest, it was everywhere, created from centuries of accumulated prairie grass. Plowing, though, released much of the trapped carbon, and topsoil was also lost to wind and water erosion. The soil that remains is often much lighter in color.