By olduvai in Economics, Geopolitics on December 30, 2020. 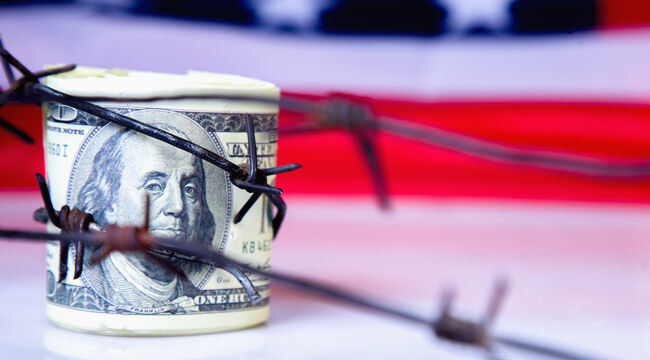 In my 2011 book, Currency Wars, I gave a detailed description of the first-ever financial war game sponsored by the Department of Defense. This financial war game took place in 2009 at the top-secret Applied Physics Laboratory located about twenty miles north of Washington, D.C., in the Maryland countryside.

Unlike typical war games, the “rules of engagement” for this financial exercise did not permit the use of any kinetic weapons such as bombs, missiles or drones. The only weapons allowed were financial instruments including stocks, bonds, currencies, commodities and derivatives.

The game was played out over two days in the main War Room of the laboratory using six teams divided into the U.S., China, Russia, Europe, East Asia, and Banks & Hedge Funds. The contestants included about 40 players on the six teams and another 60 participants including: uniformed military, civilian defense officials, observers from the Treasury, Federal Reserve, CIA and other government agencies, think tanks, universities, and financial industry professionals.

In that original financial war game, a scenario involving Russia, China, gold and the destruction of the U.S. dollar was played out against a backdrop of geopolitical events, including the collapse of North Korea and a threatened Chinese invasion of Taiwan.

This new financial war game exercise was smaller and more focused than the one in 2009. We had about 20 participants. Our group included representatives from the diplomatic corps, military, think tanks, universities, CIA and the National Security Council. I was one of three individuals from the investment management community.

Our scenario this time was not global but was instead limited to a confrontation between China and the U.S. involving disputed jurisdiction in the South China Sea.

← In Brief: The Silent Threat of Canada to World Peace This Time Is Not Different. More Debt, Less Growth →