How the State Spreads Mass Hysteria

How the State Spreads Mass Hysteria 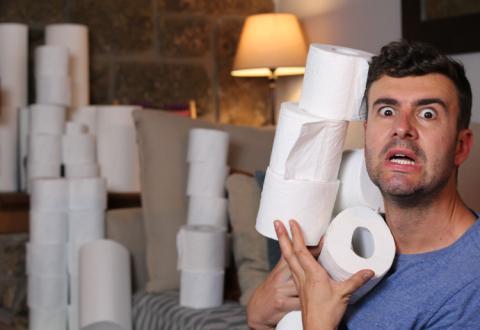 The history of mass hysteria, or mass sociogenic illness is fascinating. Cases of mass hysteria have been documented since the Middle Ages. Let me just mention a few of the more recent cases.

When a radio play by Orson Welles, War of the Worlds, was broadcasted in 1938 shortly after the suspension of the Munich agreement, the play allegedly caused panic among listeners, who thought that they were under attack by Martians.

Another intriguing case is an episode of a Portuguese TV show called Strawberries with Sugar. In the episode, the characters were infected by a life-threatening virus. After the show, more than three hundred students reported similar symptoms as the ones experienced by the TV show characters such as rashes and difficulty breathing. Some schools even closed. The Portuguese National Institute for Medical Emergency concluded that the virus did not exist in reality and that the symptoms were caused by mass hysteria.Similarly, on Emirates flight 203 in September 2018, dozens of passengers started to believe they were sick after observing other passengers with flu-like symptoms. As a consequence of the panic, the whole flight was quarantined. In the end only a few passengers had a common cold or the seasonal flu.

It is well known that there exist nocebo effects, which are the opposite of placebo effects. Due the placebo effect, a person recovers from an illness because she expects to do so. When we suffer a nocebo effect, on the other hand, we get ill just because we expect to become ill.1 In a self-fulfilling prophecy, the expectation can cause the symptoms. Anxiety and fear exacerbate this process.2

← From a Hamilton Moment to Perpetual Debt Slaves: This Is the True Face of the EU Nafeez Ahmed – Taking a Step Back to Move Forward in Times of Transition →