Home » Economics » The US will become a neo-feudal nation

The US will become a neo-feudal nation 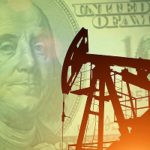 The Western world is heading for the next big social and economic crisis. America’s hegemony is waning and its establishment is fighting among themselves. To uphold American supremacy, President Trump and his administration are trying to reshape the nation into a neo-feudal society with a new relationship between the President (sovereign), the financial elite (fief holders, the privileged vassals) and the people (subjects performing socage). If the country is doing well, the population lives in relative stability and the leader is loved. The US is facing a demographic decline and a rapid replacement with migrants from Central America and Africa. This internal development will have profound effects on social stability and economic prosperity. The US can only be a superpower if the country is stable and the nation supports the establishment.

Jerome Powell, the head of the FED, is derailing Trump’s stimulus programme by increasing the interest rate and reducing the federal reserve balance sheet. The actions of the FED result in a drop in stock prices and the increase in the cost of debt servicing for the highly indebted US corporations. The US is now the world’s largest oil consumer and producer thanks to its shale oil industry. However even with the oil price around $70 the industry has lost more than it earned. A high interest rate and a low oil price make the industry vulnerable.

The president has said clearly that he does not like what the FED is doing. The FED has to revise its decisions, otherwise Jerome Powell will be dismissed as envisioned by Section 10 of the Federal Act. The FED will have to reconsider its policies so as to enable the stock market to make another push up next year. However, investors should be careful.