Home » Economics » The European Project Comes to an End

The European Project Comes to an End

By olduvai in Economics, Geopolitics on December 22, 2018. 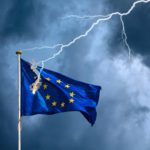 Though the end of the European Union is inevitable, the proponents of a further integrated or federal superstate are busy making a last effort to achieve their goal. The opposition against the project is mounting with every day. Europe is suffering from economic stagnation, and is facing a demographic calamity.

The pro-European establishment’s last hope was the newly-elected French President Emanuel Macron who was to revive the economy and integrate the European Union under French leadership. Gefira was of the opinion that all these expectations were misplaced. The once great nation is broken beyond repair. France’s problems are much worse than those of Italy. Though Italy has a higher debt-to-GDP ratio than France, France has a larger budget deficit, and the difference is that while Italy has a trade surplus France has a trade deficit, so the country cannot pay for its imports.

While the Italian “populist” Mateo Salvini is earning the nation’s respect, Emmanuel Macron’s popularity is at a historic low. All of France is engulfed by riots, civil unrest and looting. In city after city, village after village, protesters have been clashing with the police for weeks now while President Macron has nothing to offer to appease them, unless he violates the budget deficit boundary of 3%.

Like the Soviet Union once was, France is a sizeable social-multicultural experiment, and like the empty shops in communist countries, the demographic changes in France are visible in every section of the society, but nobody dares to name them.

← America’s Technology and Sanctions War Will End, by Bifurcating the Global Economy The New French Revolution? →