Home » Geopolitics » A Glimpse Beyond the Unipolar Moment

A Glimpse Beyond the Unipolar Moment

A Glimpse Beyond the Unipolar Moment 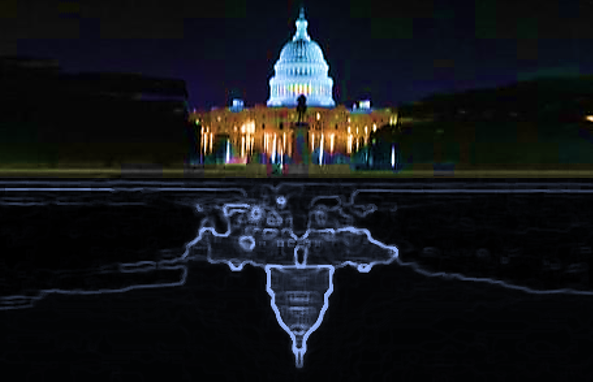 “Potentially the most dangerous scenario would be a grand coalition of China, Russia and perhaps Iran, an ‘anti-hegemonic’ coalition, united not by ideology but by complementary grievances” —Zbigniew Brzezinski

Are we reaching the penultimate and petulant back-end of the American Empire’s Unipolar Moment, a denouement hastened by a raft of sanctions regimes as imperiously doled out as they are laden with unconsidered paradox?

Though the sun is prohibited from casting its light between them, Nation and Empire are not an organically indivisible formation. Indeed Americans, no less than others, should relish the prospect of a resumed, unalloyed nationhood after decades of Empire co-optation. Few Americans realize the skulking entity that looms in the shadows of their overrun and diminished formal institutions as being a separable imposition capable of (to use a Benjamin Netanyahu phrase) drying up and blowing away.

Empire overlay is an uninvited and usurping agent bent on hostile, world-conquering aims to which America plays safe harbor and unwitting hostage in equal parts. Though the mode of exploitation varies, no nation on the world stage is left untouched by transnational exploitation.

America, like all nations, is a boundaried fixity; whereas Empire despite travelling under the former’s name is a projective and extraterritorial expanse whose designs exceed the devise and interests of the nation-host itself. Invariably Empire doesn’t so much succumb to overreach as it overreaches the capacities of its nation-host; wrecking the balance sheet, debauching the currency, taxing the capacities of the deputized military and (most importantly as we shall see) sullying the conceptual coordinates so central to a nation’s actionable sense of self.