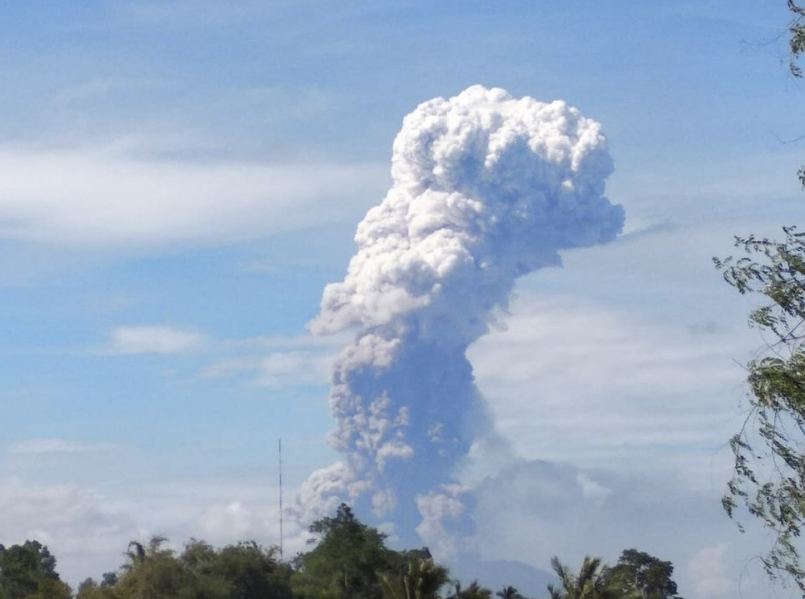 QUESTION: I live in Indonesia. I am amazed that the entire world is not known on your door. I understand that your model puts everything together and provides a whole new perspective. Your warning that here in the Pacific Ring of Fire we should expect a trend of increasing volcanoes and earthquakes has been incredibly accurate. Why do government not listen?

ANSWER: I am deeply sorry that so many people died this week. For those who are not aware, the Mount Soputan volcano in Indonesia erupted on Wednesday, throwing ash as high as 4,000 meters into the sky. This came just days after a major earthquake and tsunami then killed more than 1,400 people on the same island. These things correlate to the solar energy output.

Keep in mind that Solar Minimum does not mean that the sun gets colder but rather it changes. Until it’s not. As sunspots fade away, we enter solar minimum. The sun is heading toward solar minimum now and the sunspot counts are collapsing. While intense activity such as sunspots and solar flares subside during solar minimum, the solar activity changes form. During solar minimum, this is when the sun develops coronal holes. These are vast regions in the sun’s atmosphere where the sun’s magnetic field opens up. This then allows streams of solar particles to escape the sun as the fast solar wind.

These holes throughout the solar cycle during solar minimum can last for a very long time even up to six months or more. Streams of this solar wind flowing from these coronal holes create space weather effects near Earth as they hit our magnetic field. These effects can include temporary disturbances called geomagnetic storms, auroras, and disruptions to communications and navigation systems.