Data from the 2018 BP Statistical Review of World Energy show that last year the U.S. maintained a healthy lead as the global natural gas powerhouse.

That was still good enough for a 20.0 percent share of the world’s total natural gas production. 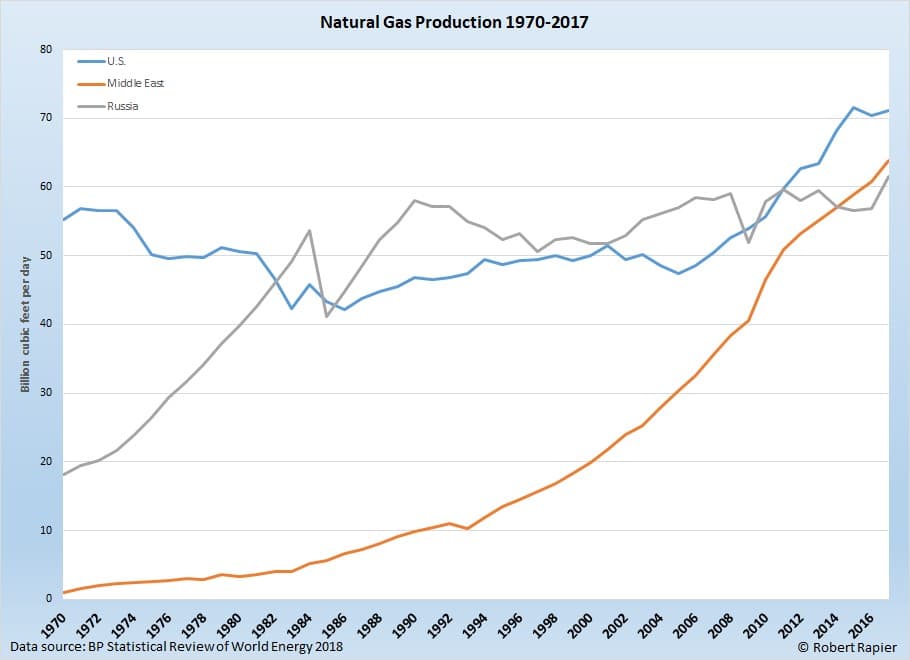 U.S. natural gas production had been in decline until the fracking boom that began in the middle of the previous decade. Production grew in the U.S. by an astounding 51 percent from 2005 to 2015, which pushed the U.S. back into the global lead.

U.S. consumption has also grown rapidly as power plants have turned increasingly to natural gas as both a replacement for coal-fired power, and a backup for new renewable capacity.