MSNBC host Joy Reid still has a job. Despite blatantly lying about time-traveling hackers bearing responsibility for bigoted posts a decade ago in her then-barely-known blog, despite her reportedly sparking an FBI investigation on false pretenses, despite her colleagues at MSNBC being completely fed up with how the network is handling the controversy surrounding her, her career just keeps trundling forward like a bullet-riddled zombie.

To be clear, I do not particularly care that Joy Reid has done any of these things. I write about war, nuclear escalations and the sociopathy of US government agencies which kill millions of people; I don’t care that Joy Reid is or was a homophobe, and I don’t care that she lied to cover it up. The war agendas that MSNBC itself promotes on a daily basis are infinitely worse than either of these things, and if that isn’t obvious to you it’s because military propaganda has caused you to compartmentalizeyourself out of an intellectually honest understanding of what war is.

What is interesting to me, however, is the fact that Reid’s bosses are protecting her career so adamantly. Both by refusing to fire her, and by steering the conversation into being about her controversial blog posts rather than the fact that she told a spectacular lie in an attempt to cover them up, Reid is being propped up despite this story constantly re-emerging and making new headlines with new embarrassing details, and despite her lack of any discernible talent or redeeming personal characteristics. This tells us something important about what is going on in the world. 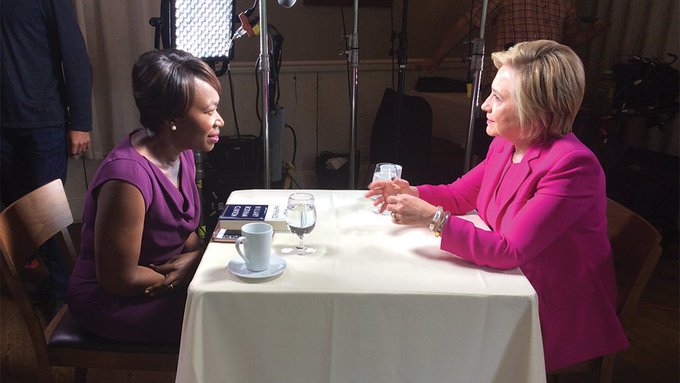 ✔
Joy Reid is dealing with a new a new controversy. MSNBC is backing her again. https://bit.ly/2LdeaK5

← Italy: The Center Cannot Hold “Bunker,” the Fuel for the Giant Engines in Large Cargo Ships →