Home » Economics » Derangement And Danger On The Potomac

Derangement And Danger On The Potomac

Derangement And Danger On The Potomac 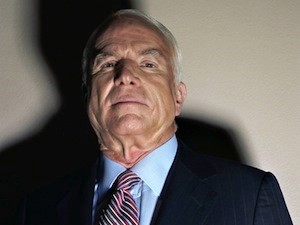 The horrific shooting spree on the practice field of the GOP’s congressional baseball team happened early yesterday morning, but it was hardly the end of Wednesday’s madness on the Potomac.

As it happened, the former was apparently another random eruption by of one of America’s sicko lone wolves — a wretch in the same league as South Carolina church killer, Dylann Roof. Notwithstanding that the latter had littered the nether regions of the internet with racist rantings while the former was apparently a prolific Never Trumper left-winger, neither represented a real threat to the nation’s equanimity — even if they did bring a savage rain of violence to bear on those unfortunate dozens caught in their immediate line of fire.

Not so for the 325 million American citizens who were pounded upon during the balance of the day by the allegedly “sane” Imperial City officialdom which rules the roost in America.

Specifically, we have in mind Janet Yellen’s hideous presser in which she declared “mission accomplished” and that the US economy is blessed with “solid fundamentals” that are getting ever stronger. And in the same vein of unreality, there soon came the Senate’s 97-2 vote to smack the Donald in his ample jaws and impose even more sanctions on Russia, thereby bringing the nation another step closer to the brink of war and bankruptcy.

Let us unpack this. The American people are being brought to ruin by three institutions that are mortal threats to liberty and prosperity. To wit, the Federal Reserve, the military/industrial/surveillance complex and a sinecured Congress that is burying unborn generations in debt — even as it sanctimoniously presumes that it is doing god’s work by servicing the beltway racketeers who keep it perpetually in office.