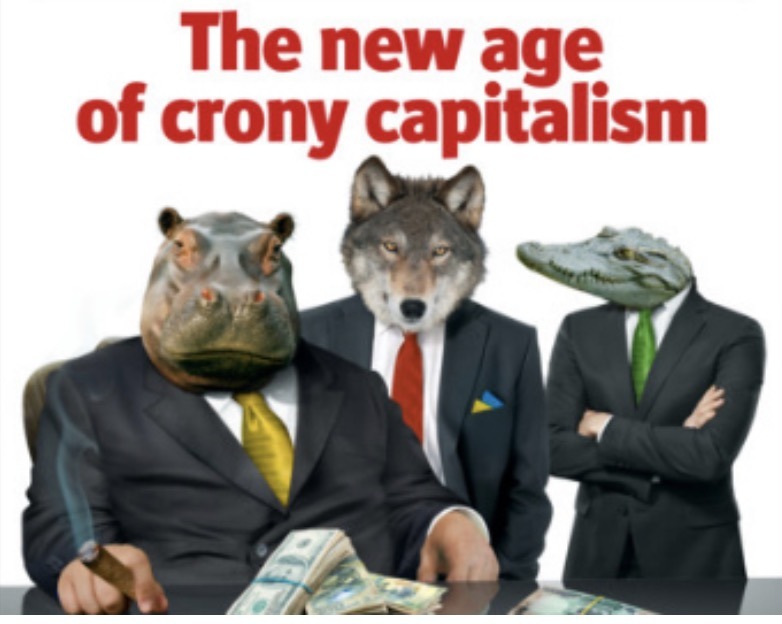 I’m really grateful Angus Deaton was willing to come out and state the obvious. That is, the fact this economy isn’t what we’ve been told. In reality, it’s largely a rent-seeking based system, in which a meaningful percentage of the people who earn the most money are not only not adding value to society, they’re in fact parasites feeding off the general public.

Income inequality is not killing capitalism in the United States, but rent-seekers like the banking and the health-care sectors just might, said Nobel-winning economist Angus Deaton on Monday.

If an entrepreneur invents something on the order of another Facebook, Deaton said he has no problem with that person becoming wealthy.

“What is not OK is for rent-seekers to get rich,” Deaton said in a luncheon speech to the National Association for Business Economics.

Rent seekers lobby and persuade governments to give them special favors.

Bankers during the financial crisis, and much of the health-care system, are two prime examples, Deaton said.

Rent-seeking not only does not generate new product, it actually slows down economic growth, Deaton said.

“All that talent is devoted to stealing things, instead of making things,” he said.

Another prime example of rent-seeking is that the Medicaid is funding opioid prescriptions for low-income workers, Deaton said. The results are workers who are becoming addicted and overdosing while profits are going to the Sacker family which owns Purdue Pharma that makes OxyContin.

But Jeff Sessions swears it’s all the fault of the evil marijuana.

Deaton said he favors a single-payer health system only because our current part-private and part-public system is exquisitely designed to give opportunities for rent-seeking.