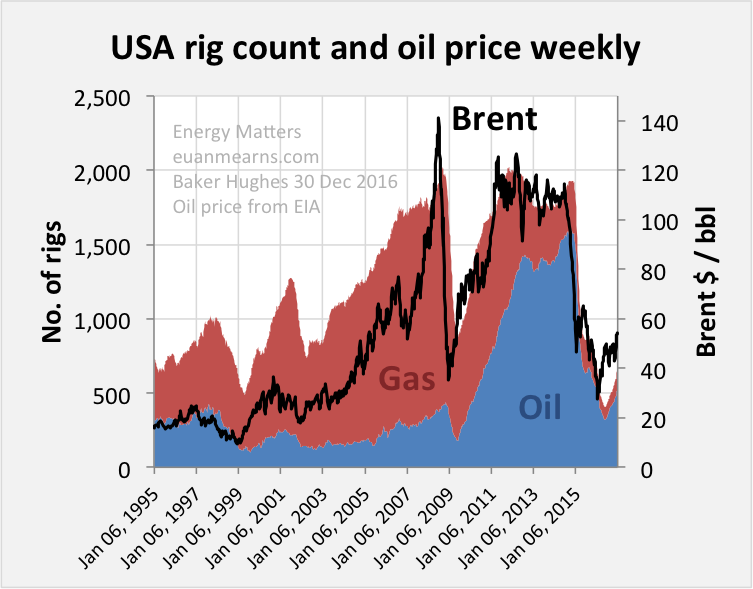 Global total liquids production hit yet another record high of 98.24 Mbpd in November led by OPEC and Russia! Libya’s drive to restore production is a significant factor with production up 280,000 bpd from recent lows. The US oil rig count has risen for 32 consecutive weeks and US oil production has stopped falling. Production from the North Sea and Asia are in decline as the past low price and drive to restore profitability works through the system.

The oil price has significantly broken above the $51 / bbl resistance and Brent is currently at $57. With OPEC + Russia due to decrease production from January first and to maintain lower plateau levels, combined with the relentless rise in demand, the oil price should rally from here, but not by much. The ceiling is set by the cost of new supply that currently resides with the N American LTO frackers. US production has halted its decline which is perhaps a sign of what is coming.

Year on Year, OPEC and Russia are the big winners. North America, Asia and Europe the big losers. And on the drilling front:

← Peak Uranium by Ugo Bardi from Extracted: How the Quest for Mineral Wealth Is Plundering the Planet The Italian Banking Crisis: No Free Lunch – Or Is There? →