What do The Dark Knight Rises, Back to the Future, Oblivion, and Interstellar all have in common? They are sci-fi blockbusters that showcase a technology that scientists consider to be the Holy Grail of Energy: Nuclear fusion. Theoretically, two lone nuclear reactors running on small pellets could power the entire planet, safely and cleanly. That’s the promise of nuclear fusion. So, why are we still relying on fossil fuels? What’s stopping us from building these reactors everywhere?

After all, scientists have been working on nuclear fusion technology since the 1950s and have always been optimistic that the final breakthrough is not far away. Yet, milestones have fallen time and again and now the running joke is that a practical nuclear fusion power plant could still be decades away.

Well, the past few years have witnessed a resurgence in the field with a handful of startups setting up shop to make nuclear fusion an everyday reality. Interestingly, the vast majority of the sector’s funding has come from the private sector rather than public investments.

The Tortuous Way to Nuclear Fusion

The Tortuous Way to Nuclear Fusion 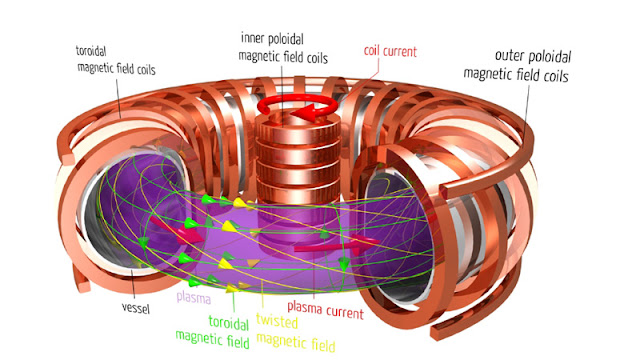 Newspapers make you think that nuclear fusion for electricity production is within reach and that, unlike fission, it is cheaper, cleaner, and safer. Okay, it’s not online yet, it is argued, but it’s up to us how fast it will supply useful energy. Things appear more complicated than that as soon as we take a look at the extraordinary variety of methods adopted by all the initiatives proposed. Some use fuel from nuclear warheads, such as Commonwealth Fusion Systems, of which ENI is a shareholder. Others use the boron-proton reaction, such as the TAE, financed by ENEL, Tokamak Energy promotes magnetic confinement, and First Light Fusion of Oxford has been inspired by the “claw” of Alpheus heterochaelis, the gun shrimp claw. There are about thirty companies in this market and just as many, very different, methods. For the most part, these methods have been already studied, and discarded, by the academic community, and yet the industry has not decided which path to follow. This confusion indicates how distant the goal is. Let’s revisit the story of fusion and the origin of this explosion of promises.

The inspiration for nuclear fusion came from looking at the sky, it originated with the mystery of the energy that powers the stars. At first they thought of gravity, a non-trivial idea for a body as large as the Sun. Jupiter, for example, a gaseous planet, has a surface temperature twice that of the Earth, powered by gravity while the planet shrinks of a few millimeters per year. Gravity was also Lord Kelvin’s hypothesis for the Sun’s power during a famous meeting of the Royal Society on January 21, 1887. The surface temperature of the Sun made him deduce that our star had been shining for about twelve million years, much longer than the Bible states. 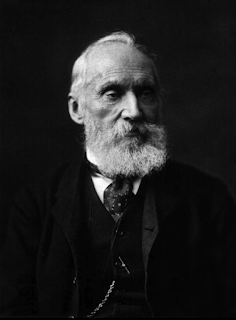 The only thing worse than an energy collapse

The only thing worse than an energy collapse

We learned recently that one of the last coal power stations in the UK is bidding to become the first commercial nuclear fusion plant on Earth.  The news should be taken with a large pinch of salt… nuclear fusion has been 25 years in the future since before I was born and it will likely still be 25 years in the future the day after I die.  Nevertheless, nuclear fusion reactions have been generated; albeit for just a few seconds and at a massive energy cost.  And the physicists and engineers working on the multinational (International Thermonuclear Experimental Reactor) ITER project in the south of France have something of a spring in their step just now; claiming that:

It is worth noting that ITER is an experiment rather than a working power plant.   And just as well; because even its proponents point to an energy return on investment (EROI) of just 10:1 – about half of the return from a wind turbine.  Even this may be a slight of hand, according to Steven Krivit at New Energy Times:

“Widespread false and exaggerated claims made by leaders in the fusion community have caused many people and institutions to convey the incorrect claims to a wide cross-section of the general public. Below, I’ve listed four of several hundred examples I’ve located. Each of these statements, through no fault of the authors, is fundamentally wrong:

Nuclear Fusion: is it still worth investing on it in an age of cheap renewable energy?

Nuclear Fusion: is it still worth investing on it in an age of cheap renewable energy? 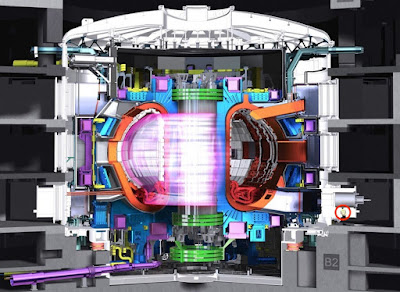 ITER TOKAMAK, looking carefully, at the bottom right circled in red, a human in a yellow jacket. The probable size of a magnetic confinement fusion reactor is huge and it’s at the core of most of its problems.

My view on nuclear fusion, in a nutshell

A review by Giuseppe Cima of the situation with nuclear fusion. The matter is complex, but Cima identifies the crucial point: even assuming that nuclear fusion were to work as expected, it would be more expensive than the presently available renewable technologies. Consider also that it will take at least half a century before we can have fusion reactors able to produce commercially available energy (maybe). How much better and cheaper will renewables be by that time? Considering that fusion is not a “clean” technology, as sometimes claimed, it doesn’t seem to have any realistic chance to be useful for something, now or in the future. So, why are we still spending money and resources on this technology? One more example of the human blind faith in technology and its miracles (U.B.)

Nowadays few businesses would invest in conventional nuclear power stations. In the US, subsidies of 100% or more fail to attract private investments for a nuclear fission power station, the classic form of nuclear energy. So, the perspectives for a revival of nuclear are not rosy.

But there exists another form of nuclear energy, thermonuclear fusion, the one that powers the stars. Fusion, the sticking together of light nuclei such as hydrogen, is a nuclear reaction distinct from fission, where heavy atoms, such as uranium, break apart. Fusion energy research has been pursued since the WWII years in national labs and universities all over the world. Despite all efforts, though, so far it has not provided a clear indication of being feasible. What are the current perspectives of this form of energy?

Is Infinite Clean Energy Near?

Is Infinite Clean Energy Near?

After decades of research and planning, a group of scientists in France are attempting to achieve the impossible: harnessing the heavens.

They are building a tokamak, a donut-shaped, man-made, artificial star that has the potential to bring the universe down to earth and provide millions of years of clean energy. Is this the dawn of a new era, in which we dominate nuclear fusion and solve the energy dilemma for millennia, or is it just a crackpot pipe dream? Every year we seem to be getting closer to the former.

While it once seemed impossible that we would be able to create, control, and confine plasma hotter than the sun, the development of tokamaks has created, for the first time, a viable avenue for nuclear fusion. Scientists have already been able to create plasma at the necessary ultra hot temperatures necessary. Now they just need to refine the process until they can create more energy than is consumed by the process to create the reactions—something that has never yet been achieved, but is growing closer to becoming a reality each year, thanks to international projects like the one currently taking place in France.

The International Thermonuclear Experimental Reactor (ITER), the massive tokamak fusion reactor under construction in Southern France, has been internationally funded with $14 Billion dollars (a number that will continue to rise) in capital. It’s a combined effort by many nations in the European Union along with the United States, Russia, China, India, Japan, and South Korea. The scientists involved anticipate that the groundbreaking machine will make its inaugural run in 2025, 40 years after its inception, which was initiated after a fateful handshakebetween President Ronald Reagan and Soviet leader Mikhail Gorbachev in 1985.

The False Promise of Nuclear Fusion

The False Promise of Nuclear Fusion

There have been some pretty radioactive climate change ideas making the rounds at the COP21 talks in Paris. Team Hansen’s wildly unrealistic notion of switching on 61 new nuclear reactors a year was taking the cake until an even fruitier one reared its familiar head: the nuclear chimera known as ITER.

ITER was originally called the International Thermonuclear Experimental Reactor, with ‘experimental’ being the operative word in that lofty title. Which is perhaps why today they refer to it only by acronym (apparently the word ‘thermonuclear’ also had some rather explosive connotations.) The official website equates ITER with its coincidental Latin meaning, ‘The Way’.

ITER was initiated in 1985 by then presidents Reagan and Gorbachev. The multi-nation project included not only the United States and the already crumbling Soviet Union, but the European Union and Japan. Today there are 35 countries in the partnership.

If it ever gets completed and actually works, ITER will be a fusion reactor known as a Tokomak. Fusion is the physicists’ wet dream, and they’ve been hallucinating about ITER for precisely three decades and Tokomaks and fusion itself for even longer.

ITER itself isn’t even the final step to electricity-producing fusion power plants. Its purpose is in “preparing the way for the fusion power plants of tomorrow.” A tomorrow that is heralded as ten years away, decade after decade.

Indeed, ITER has been such a perpetually longstanding aspiration that I can delve for information into my father Mike Pentz’s 1994 memoirs without risk of being much out of date. A physicist and founder of Scientists Against Nuclear Arms, here’s how he assessed the challenge of fusion, something he began wrestling with back in 1948.