(Natural News) A pair of reports released in the past month from two separate federal entities both warn of dire, devastating consequences from the destruction or disabling of a substantial portion of the U.S. power grid.

In late November, the Pentagon released an eye-opening analysis of the effects of a potential  electromagnetic pulse (EMP) stemming from the detonation of a sizable nuclear weapon above the United States. The report by the Electromagnetic Defense Task Force at Air Force University noted that, “Based on the totality of available data, an electromagnetic spectrum attack may be a threat to the United States, democracy, and the world order.”

The report culled information from a mostly classified summit of government officials from 40 agencies who met just outside of Washington, D.C. over the summer and forcefully calls for a new focus by Congress and the Trump administration for making preparations either for an enemy EMP attack or a naturally occurring event such as a major solar storm, the Washington Examiner reported.

Much of the report focuses on the negative effects of an EMP event as it pertains to U.S. military capabilities. However, the report also appears to substantiate a congressional warning from 2017 that claimed up to 90 percent of the population along the East Coast could die within a year of the event.

Citing information from the Union of Concerned Scientists, the report said:

— Approximately 99 nuclear reactors would very likely melt down because there would be no electricity to power infrastructure that keeps them cool;

After the meeting between North Korean leader Kim Jong Un and US President Donald Trump seemed to end on an optimistic note, one may have hoped that our fears of a nuclear attack would subside. Not so, according to The New Yorker, who published an article entitled, “This Is What a Nuclear Attack on New York Would Look LIke.”

While the timing may seem odd, it’s important to note that feelings are mixed about the North Korea-US summit.  Some are pleased and feel that a great deal was accomplished, while others are unhappy – even angry – that Trump made nice with a brutal dictator.

It’s tough for many folks to separate their feelings about Trump, whether those feelings are animosity or support, and it shows in their assessment of the conversation. And this isn’t unique. People had the same difficulties with President Obama. Supporters thought everything he did was great, while detractors thought he was the Anti-Christ. We’d all be wise to try to separate our feelings from our take on current events, as difficult as that might be. However, that isn’t what this article is about.

The  New Yorker piece is prefaced with the opinion that the potential nuke won’t be from the sources most of us have been worrying about. “If America is attacked, the strike probably won’t come from North Korea. And it will be even scarier than we imagine.”

The intro is a political diatribe with some legitimate facts that are overshadowed by a blatant bias. But Ferris Jabr is an experienced science journalist who is a contributing writer for Scientific American and has been published in Wired, Foreign Policy, Aeon, Hakai, New Scientist, and Quanta, to name just a few outlets.

“Nuclear Blast to your Front!  React!” – How the Army Trains to Survive an ‘Atomic Battlefield’

“Nuclear Blast to your Front!  React!” – How the Army Trains to Survive an ‘Atomic Battlefield’ 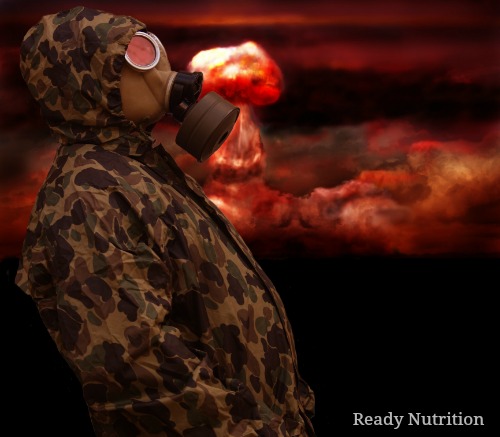 The title of this article is the exact preparatory command (situation), and the command of execution given to us in the Army to drill a nuclear attack.  Readers, we all hope every day that our “society does not come to a screeching halt via a nuclear attack.  But what if it does?  OK, we’ve “gamed” it from a perspective that you haven’t become a shadow-silhouette on a burned wall and been vaporized…that you’re not living in a “ground zero” targeted area.  If you are, then you have several options beforehand: if there’s warning, bug outand get out of the blast area, or move out of the area to a place that is not a target.

Their will be skeptics, and their ilk that will ask a litany of questions like: “How are you gonna save everyone?”, “What about those who can’t afford property…?”,  “Yeah, like we’re going to get warning!”

Survival is not a guarantee.

Are you’re willing to examine your lifestyle and do what it takes?  Make the necessary changes and act?  That is called “adaptation,” and it is what has enabled the species to survive…the minority who emerge from the rubble when the skeptical majority are dead.  We’re talking “hardball,” here, and it is “sink or swim,” although we don’t shoot for that…we want others to make it through…but there comes a time when you must cut your losses and take care of you and yours.

If you’re willing to do what it takes (sometimes in the face of skepticism and even ridicule) and go “against the grain,” you may give yourself the edge helping you survive.

Enough said there.  What if the worst does happen, and you happen to be five to ten miles away from a blast?  Skeptics, we do have information that will work besides the results of Hiroshima and Nagasaki: the “Atomic Soldiers” of the United States armed forces.  Yes, during the 1950’s, whole battalions were emplaced in the southwestern deserts of the U.S. and subjected to be the “test” subjects of nuclear explosions.  Those tests were real, and the results they generated were real.  We don’t want it to have been for nothing: take the knowledge they earned, and use it.

90% of U.S. population could be wiped out with doomsday electromagnetic weapon … Pentagon woefully unprepared

90% of U.S. population could be wiped out with doomsday electromagnetic weapon … Pentagon woefully unprepared

(NaturalNews) There is growing alarm among defense planners about the uptick in nuclear weapons development taking place among the various great powers, including the United States, Russia, India and China, as well as lesser powers like North Korea and Pakistan. Missile defense is, in part, to some degree designed to mitigate the threat of a nuclear attack via ICBM.

But the Pentagon is dreadfully unprepared for the fallout from an electromagnetic pulse, generated either from a nuclear explosion over our country, or from an EMP created by a giant solar flare, for which there is no defense, the UK’s Daily Mail reported.

What’s more, the U.S. is not only lagging behind in terms of defending itself against EMP weapons, it is behind in the development of its own design – though Boeing is at least one American defense contractor working on a prototype, the paper said in online editions.

However, the Daily Mail noted that some have suggested that 90 percent of the U.S. population would perish over the course of the weeks and months following a major EMP event that crippled or wiped out the bulk of the nation’s power grid.

But other developed countries’ populations would likely suffer similar levels of casualties if their grids were destroyed as well, which is what makes the development of U.S. EMP weapons such a vital deterrent. In fact, a recent report from The Center for Strategic and Budgetary Assessments says that the technology is “one of the most critical operational domains in modern warfare.” The U.S., however, has “unfortunately … failed to keep pace” in that battlespace “over the last generation,” it added.

Titled, Winning the Airwaves: Regaining America’s Dominance in the Electromagnetic Spectrum, the report adds that the technology will eventually be as revolutionary as smartphones.

In the past here at Peak Prosperity, we’ve written extensively on the threat posed by a sustained loss of electrical grid power. More specifically, we’ve warned that the most damaging threat to our grid would come from either a manmade or natural electromagnetic pulse (EMP).

A good friend of mine, Jen Bawden, is currently sitting on a committee of notable political, security and defense experts  — which includes past and present members of Congress, ambassadors, CIA directors, and others — who are equally concerned about this same threat and have recently sent a letter to Obama pleading for action to protect the US grid.

Before we get to that letter, here’s a snippet from what we wrote on the matter roughly a year ago:

We talk a lot about Peak Cheap Oil as the Achilles’ heel of the exponential monetary model, but the real threat to the quality of our daily lives, if not our lives themselves, would be a sustained loss of electrical power. Anything over a week without power for any modern nation would be a serious problem.  A month would lead to chaos and many deaths.

When the power goes out, everything just stops. For residential users, even a few hours begins to intrude heavily as melting freezers, dying cell phones, and the awkward realization that we don’t remember how to play board games nudge us out of our comfort zone.

However, those are just small inconveniences.

For industrial and other heavy users, the impact of even a relatively short outage can be expensive or even ghastly. Hospitals and people on life-assisting machinery are especially vulnerable. Without power, aluminum smelters face the prospect of the molten ore solidifying in the channels from which it must be laboriously removed before operations can be restarted.

Last year, Elliott Management’s Paul Singer highlighted “one risk that stands way above the rest in terms of the scope of potential damage adjusted for the likelihood of occurrence”– an electromagnetic pulse (EMP). As Michael Snyder previously details, our entire way of life can be ended in a single day.  And it wouldn’t even take a nuclear war to do it.  All it would take for a rogue nation or terror organization to bring us to our knees is the explosion of acouple well-placed nuclear devices high up in our atmosphere.  The resulting electromagnetic pulses would fry electronics from coast to coast.

As PeakProsperity.com’s Chris Martenson explains, the country is extremely vulnerable to an EMP…

In the past here at Peak Prosperity, we’ve written extensively on the threat posed by a sustained loss of electrical grid power. More specifically, we’ve warned that the most damaging threat to our grid would come from either a manmade or natural electromagnetic pulse (EMP).

A good friend of mine, Jen Bawden, is currently sitting on a committee of notable political, security and defense experts  — which includes past and present members of Congress, ambassadors, CIA directors, and others — who are equally concerned about this same threat and have recently sent a letter to Obama pleading for action to protect the US grid.

Before we get to that letter, here’s a snippet from what we wrote on the matter roughly a year ago: