Yet again, the National Security Agency has been exposed for “accidentally overcollecting” call-record metadata of millions of Americans. According to a WSJ report that relied on documents obtained by the ACLU, the NSA received metadata records from an unnamed phone company that the agency hadn’t been authorized to collect.

According to the report, it’s unclear how the overcollection occurred, but the incident took place after the NSA said it had purged hundreds of millions of metadata records it had amassed since 2015 in a separate overcollection episode.

For those who aren’t familiar with the concept, “Metadata” include the numbers called or texted and the associated time stamps, but not the contents of the conversation.

The documents didn’t make clear how many records had been collected by the NSA since October. The NSA’s media relations chief, Greg Julian, refused to comment on this specific episode, but referred to the prior overcollection episode – which resulted in the NSA deleting an entire database of collected metadata – where the NSA had collected information it hadn’t been authorized to collect.

Essentially, the agency blamed the incident on service providers who incorrectly interpreted the NSA’s request.

The company began delivering those records to the NSA on Oct. 3, 2018 through Oct. 12, when the agency asked it investigate the “anomaly.”

Exposure of the incident has predictably provoked outrage from lawmakers, who have been railing against the NSA’s surveillance programs since they were first exposed by former contractor Edward Snowden in 2013. Former lawmaker Pat Toomey, now an ACLU staff attorney, said the incident is just the latest reason why the NSA metadata-collection program, launched in the aftermath of 9/11 as part of the Patriot Act, should be discontinued. 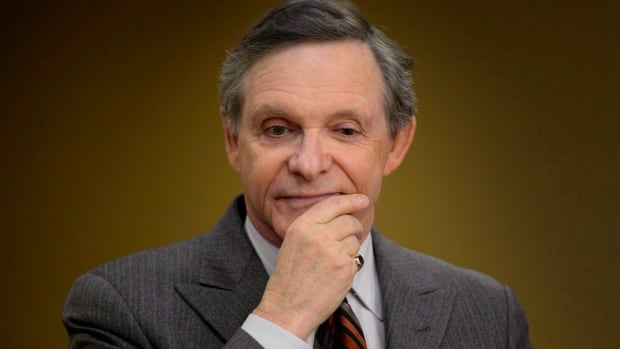 CSE commissioner Jean-Pierre Plouffe told senators Monday that because the data’s now erased, it may be impossible to determine the scope of a privacy breach that saw Canadians’ information shared with intelligence partners abroad. (Adrian Wyld/Canadian Press)

It’s impossible to know how many Canadians had their personal data shared by the country’s electronic spy agency in a metadata glitch, according to its watchdog.

Jean-Pierre Plouffe, commissioner of the Communications Security Establishment (CSE), told a Senate committee Monday that data were erased from the agency’s system, making it difficult to find out the number of people impacted.

“It is impossible to know the exact figure. After a certain amount of time, data disappears. They have a deadline after which system data is deleted.”

A month ago, Plouffe tabled his annual report in the House of Commons, revealing for the first time that CSE illegally and unintentionally shared metadata with Canada’s Five Eyes intelligence allies: the United States, United Kingdom, Australia and New Zealand.

That data may include Canadians’ personal information, including phone numbers or email addresses, but not the content of emails or recordings of phone calls.

“It’s not accidental,” Plouffe said in an interview about the CSE breaking the law. “It’s because of a lack of due diligence.”

Metadata is information associated with communication that is used to identify, describe or route information. CSE is supposed to monitor only foreign communications for intelligence that may be of interest to Canada.

If the spy agency comes across Canadians’ information, the law requires it to delete the data from its systems.

One of the National Security Agency’s most powerful tools of mass surveillance makes tracking someone’s Internet usage as easy as entering an email address, and provides no built-in technology to prevent abuse. Today, The Intercept is publishing 48 top-secret and other classified documents about XKEYSCORE dated up to 2013, which shed new light on the breadth, depth and functionality of this critical spy system — one of the largest releases yet of documents provided by NSA whistleblower Edward Snowden.

The NSA’s XKEYSCORE program, first revealed by The Guardian, sweeps up countless people’s Internet searches, emails, documents, usernames and passwords, and other private communications. XKEYSCORE is fed a constant flow of Internet traffic from fiber optic cables that make up the backbone of the world’s communication network, among other sources, for processing. As of 2008, the surveillance system boasted approximately 150 field sites in the United States, Mexico, Brazil, United Kingdom, Spain, Russia, Nigeria, Somalia, Pakistan, Japan, Australia, as well as many other countries, consisting of over 700 servers.

These servers store “full-take data” at the collection sites — meaning that they captured all of the traffic collected — and, as of 2009, stored content for 3 to 5 days and metadata for 30 to 45 days. NSA documents indicate that tens of billions of records are stored in its database. “It is a fully distributed processing and query system that runs on machines around the world,” an NSA briefing on XKEYSCORE says. “At field sites, XKEYSCORE can run on multiple computers that gives it the ability to scale in both processing power and storage.”

XKEYSCORE also collects and processes Internet traffic from Americans, though NSA analysts are taught to avoid querying the system in ways that might result in spying on U.S. data. Experts and privacy activists, however, have long doubted that such exclusions are effective in preventing large amounts of American data from being swept up.

After only one hour of floor debate, and no allowed amendments, the House of Representatives today passed legislation that seeks to address the NSA’s controversial surveillance of American communications. However, opponents believe it may give brand new authorization to the U.S. government to conduct domestic dragnets.

The USA Freedom Act was approved in a 338-88 vote, with approximately equal numbers of Democrats and Republicans voting against. The bill’s supporters say it will disallow bulk collection of domestic telephone metadata, in which the Foreign Intelligence Surveillance Court has regularly ordered phone companies to turn over such data. The Obama administration claims such collection is authorized by Section 215 of the USA Patriot Act, which is set to expire June 1. However, the U.S. Court of Appeals for the Second Circuit recently held that Section 215 does not provide such authorization.

Today’s legislation would prevent the government from issuing such orders for bulk collection and instead force it to rely on telephone companies to store all their metadata — some of which the government could then demand using a “specific selection term” related to foreign terrorism. Bill supporters maintain this would prevent indiscriminate collection.

“A vote in favor of this bill is a vote to end dragnet surveillance in the United States,” Rep. John Conyers, D-Mich., a co-sponsor of the legislation, claimed on the House floor ahead of the vote.

However, the legislation may not end bulk surveillance and in fact could codify the ability of the government to conduct dragnet data collection.

“We’re taking something that was not permitted under regular section 215 … and now we’re creating a whole apparatus to provide for it,” Rep. Justin Amash, R-Mich., said on Tuesday night during a House Rules Committee proceeding.

While congress ponders the merits of the USA Freedom Act of 2015, a bill which revises the business records provisions of the Patriot Act, a panel of judges in a federal appeals court has just thrown a clump of sand into the gears of the global panopticon. Overturning an earlier ruling, where federal judges dismissed a lawsuit filed by the ACLU, the United States Court of Appeals for the Second Circuit has ruled that the NSA’s bulk collection of telephone metadata is illegal.

In their ruling the judges focused heavily on the scope of the NSA’s phone record collection program. Specifically, the written judgement describes the government’s own justification for hoovering up all of our telephone metadata (page 67):

“The government effectively argues that there is only one enormous ‘anti‐terrorism’ investigation, and that any records that might ever be of use in developing any aspect of that investigation are relevant to the overall counterterrorism effort.”

The ruling responds to this argument by noting that (page 75):

“To allow the government to collect phone records only because they may become relevant to a possible authorized investigation in the future fails even the permissive ‘relevance’ test.”

Skipping to the end, the punchline (page 82):

“We hold that the text of § 215 cannot bear the weight the government asks us to assign to it, and that it does not authorize the telephone metadata program.”

In other words, the judges view Section 215 of the Patriot Act as applying to narrow inquiries that target specific people. According to the court, the bulk phone record collection currently being conducted by the government is, well, criminal.

A federal appeals court panel ruled on Thursday that the NSA’s bulk collection of metadata of phone calls to and from Americans is not authorized by Section 215 of the USA Patriot Act, throwing out the government’s legal justification for the surveillance program exposed by NSA whistleblower Edward Snowden nearly two years ago.

Judge Gerard E. Lynch, writing the opinion for the unanimous three-judge panel of the Second Circuit Court of Appeals in New York, described as “unprecedented and unwarranted” the government’s argument that the all-encompassing collection of phone records was allowed because it was “relevant” to an authorized investigation.

The case was brought by the American Civil Liberties Union, and ACLU attorney Alex Abdo told The Intercept, “This ruling should make clear, once and for all, that the NSA’s bulk collection of Americans’ phone records is unlawful. And it should cast into doubt the unknown number of other mass surveillance operations of the NSA that rely on a similarly flawed interpretation of the law.”

As Lynch wrote in the court’s opinion: “To obtain a § 215 order, the government must provide the FISC [Foreign Intelligence Surveillance Court] with ‘a statement of facts showing that there are reasonable grounds to believe that the tangible things sought are relevant to an authorized investigation (other than a threat assessment).’”

The government emphasizes that “relevance” is an extremely generous standard, particularly in the context of the grand jury investigations to which the statute analogizes orders under § 215. Appellants argue that relevance is not an unlimited concept, and that the government’s own use (or non-use) of the records obtained demonstrates that most of the records sought are not relevant to any particular investigation.”

Last Thursday the journal Science published an article by four MIT-affiliated data scientists (Sandy Pentland is in the group, and he’s a big name in these circles), titled “Unique in the shopping mall: On the reidentifiability of credit card metadata”. Sounds innocuous enough, but here’s the summary from the front page WSJ article describing the findings:

Researchers at the Massachusetts Institute of Technology, writing Thursday in the journal Science, analyzed anonymous credit-card transactions by 1.1 million people. Using a new analytic formula, they needed only four bits of secondary information—metadata such as location or timing—to identify the unique individual purchasing patterns of 90% of the people involved, even when the data were scrubbed of any names, account numbers or other obvious identifiers.

Still not sure what this means? It means that I don’t need your name and address, much less your social security number, to know who you ARE. With a trivial amount of transactional data I can figure out where you live, what you do, who you associate with, what you buy and what you sell. I don’t need to steal this data, and frankly I wouldn’t know what to do with your social security number even if I had it … it would just slow down my analysis. No, you give me everything I need just by living your very convenient life, where you’ve volunteered every bit of transactional information in the fine print of all of these wondrous services you’ve signed up for. And if there’s a bit more information I need – say, a device that records and transmits your driving habits – well, you’re only too happy to sell that to me for a few dollars off your insurance policy. After all, you’ve got nothing to hide. It’s free money!