Everything is Illuminated: The New Middle Ages

Everything is Illuminated: The New Middle Ages

The Enlightened Middle Ages: Prepare for a New Way of Running Society 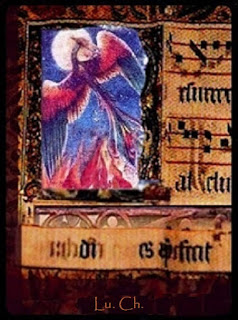 The concept of “back to the Middle Ages” is becoming more and more widespread. Indeed, we must begin to think seriously not so much about a “return” to the Middle Ages but a “New Middle Ages” that takes its best features from the old, in particular the management of the company based on justice and not on violence, the decentralization of governance structures, the economy based on local resources, and economic stability (although not of the population). That’s why I have renamed my Italian blog “Electric Middle Ages.” Here is a translation of a post that Luisella Chiavenuto published first in “Humanism and Science”, where she goes to the core of the problems we face nowadays. (boldface highlights are mine).

Despite its success and power, the credibility and dignity of science are at an all-time low. It is no longer a question of opposing only the management of the covid crisis, but also – and at the same time – opposing a scientistic and dehumanizing technocracy that in the absence of opposition will not step back – regardless of the covid and its variants. In a context of evaporation of jobs, the social order will most likely be based on an extended citizenship income – and subordinated to certain social behaviors. This is to maintain minimum levels of consumption and consensus – and combined with further development and updating of the current economic model – which is destroying the web of life everywhere.

The perspective is therefore long-term: resistance and elaboration of new models of thought and social organization, aimed at rediscovering the cultural roots of the past, and at the same time oriented towards a future with a human face – in which theoretical and practical knowledge intertwine and they evolve freely, without space-time preconceptions.