The Imbecile King who put his foot on the pedal

The Imbecile King who put his foot on the pedal 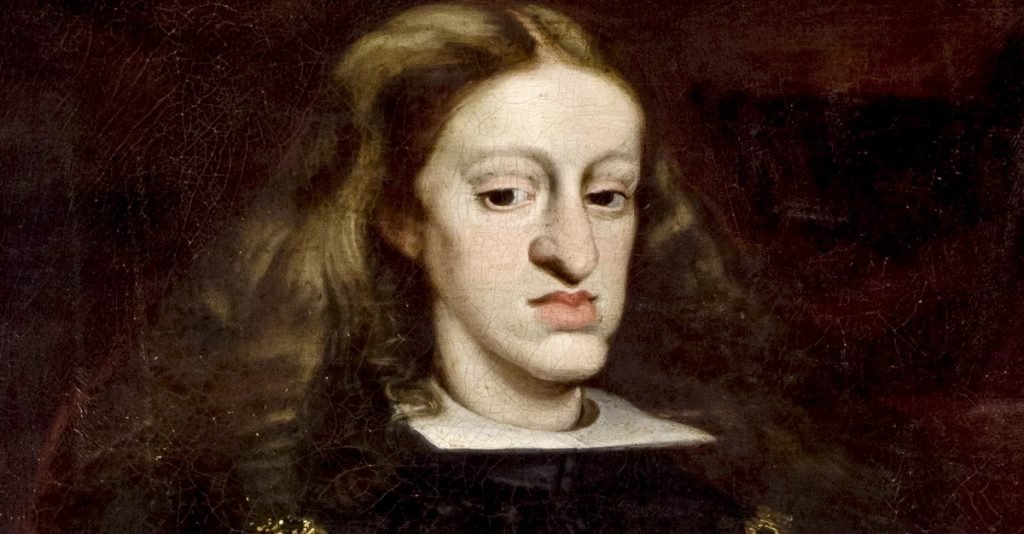 Charles II was only three years old when he became the supreme ruler of the Spanish Empire in 1665. But anyone who took just one look at the child knew they were all doomed.

Charles had come from a long line of prominent European nobles known as the Habsburgs– a family so exclusive that they frequently married one another in order to keep their blood line ‘pure’.

Genetic defects abounded at as result.

Charles II inherited some of the worst of these genetic defects; his father and mother were uncle/niece. And his grandparents were first cousins.

So it comes as no surprise that Charles II was deformed, spindly, weak, constantly sick, and partially paralyzed. He was also referred to by his contemporaries as the ‘imbecile king’ for his slow-witted stupidity.

Spain had been the dominant European superpower only a century prior to Charles II. It had vast colonies all over the world, a terrifying army and navy, and unimaginable wealth.

But history proves that an Empire’s wealth and power never last forever.

And even well before Charles II took the throne, Spanish rulers were already running everything into the ground.

One clear lesson from history is that empires tend to be extremely expensive… especially when you’re the dominant superpower, and all of your rivals are constantly waging war against you.

Spain was no exception. Their empire was extremely expensive to administer, and they were routinely engaged in costly wars.

The emperors were forced to borrow a lot of money to pay for these wars. And Spain’s debt became so vast that the government defaulted at least SEVEN TIMES between the mid 1500s and mid 1600s.

Desperate to make ends meet, the government also hiked taxes to exorbitant levels, including imposing a 14% sales tax. (Somewhere the governor of California is taking notes…)