I first asked Dr. D. a few years ago if I could turn one one his comments at the Automatic Earth into an essay. The following illustrates why I asked. Not sure he understands why some of his rants stand out while others do not, but they certainly do. Go to the Automatic Earth comments section to figure that one out. He’s there every day.

And you’re free to disagree of course. And I myself am good, have an essay on the same topic waiting but love the view from over there. Nothing not to like.

It USED to be that when a newspaper catastrophically screwed the pooch as we Yanks say, people would cancel their subscription to such a piece of pure, useless, misleading garbage.

Dr. D.: Legally, the path is pretty clear and incredibly old. It’s always been illegal to slander (in voice) or libel (in print) someone. The Covington kids are following this right now. It’s illegal everywhere, including Britain and New Zealand, and the legal threshold has a couple of bullet points. There has to be provable damage, the facts provided have to wrong, they have to be specific, and so on. Then you sue civilly for compensation in measure with the damage caused. Pretty simple. But if it’s actual libel of the sort anyone actually means, not just “I disagree with you”, then all these elements are absolutely in play. No false accusations, no just getting the facts wrong on accident.

What’s more, the government is never the plaintiff. Although in theory I suppose they could get standing, in practice slander and libel are prosecuted BY private people AGAINST private people, which eliminates a major element of government censorship and repression.

They Want You To Do As They Say, Not As They Do

“Facts are threatening to those invested in fraud.” ― DaShanne Stokes 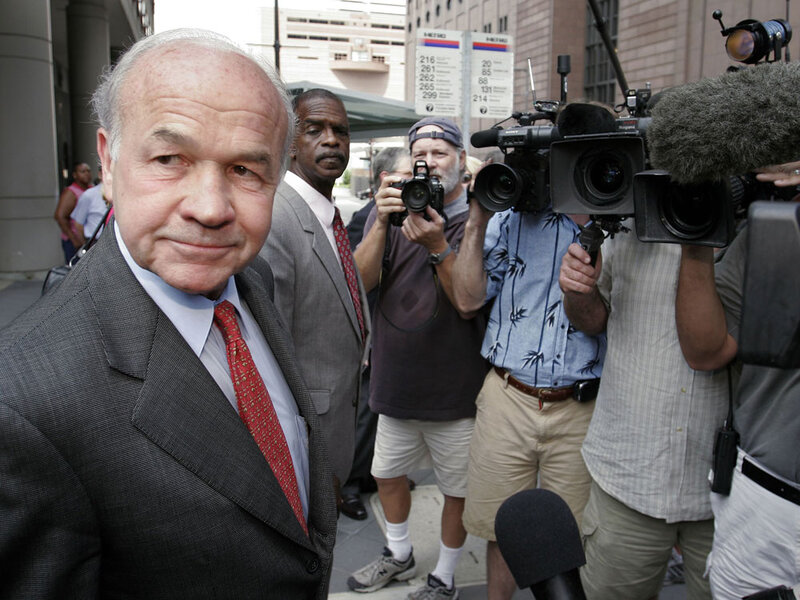 Insiders at US companies unloaded $5.7 billion of their company stock this month, the highest in any September over the past decade, according to TrimTabs Investment Research.  Insiders, which include corporate officers and directors, sold over $10 billion of their company stock in August, also at the fastest pace in 10 years. With the stock market at all time highs and valuations, based on all historically accurate measures, off the charts, it makes sense for knowledgeable insiders to sell high. Of course, if they were expecting the profits of their companies to soar because Trump says we have the best economy in history, why would they be selling?

When these Ivy League educated superstar CEOs go on CNBC, Bloomberg, and Fox to tout their companies and field softball questions from bimbos and boobs disguised as journalists, they proclaim a glorious future and declare their stocks to be undervalued and a screaming bargain. Buy, buy, buy. They talk the talk, but don’t walk the walk. They personally do the opposite with their own funds versus what they do with shareholder funds. Ethics among corporate executives has never been one of the required traits. Lying with a straight face is the key to being a successful CEO in today’s warped amoral world.

While dumping stock like there’s no tomorrow these very same CEOs of the largest US public companies have authorized a breathtaking $827.4 billion of stock buybacks in 2018 — already a record for any year, according to TrimTabs. Annualized, these CEOs will will buyback in excess of $1.2 TRILLION when stocks are at all-time highs. In contrast, in 2009 when they could have bought their stocks at 10 year lows, they bought back less than $100 billion. Buy high and sell low. How can they go wrong?

In Part One of this article I detailed how propaganda has been utilized by the Deep State for decades to control the minds of the masses and allow those in control to reap the benefits of never ending war. In Part Two I will discuss recent events, false flags, and propaganda campaigns utilized by the Deep State to push the world to the brink of war.

“We penetrated deeper and deeper into the heart of darkness” – Joseph Conrad, Heart of Darkness

The use of graphic images, electronically transmitted across the world in an instant, along with a consistent false narrative promoted by the captured corporate media, is the preferred means of appealing to the emotions of those who want to believe atrocity propaganda. Instigating a march to war through the use of unfounded fear, misinformation, staged photo ops, and appealing to passions and prejudices was as revolting to Albert Einstein  in the 1930s as it is today to normal thinking individuals.

“He who joyfully marches to music in rank and file has already earned my contempt. He has been given a large brain by mistake, since for him the spinal cord would fully suffice. This disgrace to civilization should be done away with at once. Heroism at command, senseless brutality, deplorable love-of-country stance, how violently I hate all this, how despicable and ignoble war is; I would rather be torn to shreds than be a part of so base an action! It is my conviction that killing under the cloak of war is nothing but an act of murder.” – Albert Einstein

It seems the level and intensity of the propaganda campaigns has ratcheted up dramatically in the last half dozen years and appears to be reaching a crescendo as we speak.

The minutes from the last Fed meeting were released on Wednesday afternoon. The minutes, along with a squadron of jabbering Fed heads lying about the economy doing great, pretty much locked in the most talked about .25% interest rate increase in world history.  Evidently the Wall Street titans of greed have convinced the muppets higher interest rates are great for stocks, as the market soared by 250 points. As institutional money exits the market on these rigged up days, the dumb money retail investor buys into the market with dreams of riches just like they did with Pets.com in 2000, McMansions in 2005, and Bear Stearns in 2007.

The Fed has lost any credibility they ever thought they deserved by delaying this meaningless insignificant interest rate increase for the last three years, so they will make this token increase in December come hell or high water. They want to give themselves some leeway for easing again when this debt saturated global economy implodes in the near future. The Fed is trapped by their own cowardice and capture by the Wall Street cabal. If they raise rates the USD will strengthen even more than it has already. The USD is already at 11 year highs. It has appreciated by 25% in the last year versus the basket of world currencies. The babbling boobs on the entertainment news channels authoritatively expound with a straight face about the rise in the dollar being due to our strong economic performance. It’s beyond laughable, as the economy has been sucking wind since the day the Fed turned off the QE spigot in October 2014.

Chart of the Day

Anyone with a working brain and an IQ over 100 (eliminates the bimbos and boobs on CNBC) can see the USD isn’t strengthening of its own accord.