About one-third of Ukraine’s farmlands may not be harvested or cultivated this year as Russia begins the second phase of the conflict in the war-torn country.

The Food and Agriculture Organization of the United Nations (FAO) noted in a report on Tuesday that the “vast destruction of crops and infrastructure due to the war jeopardizes food production.”

FAO estimates approximately 33% of the crops and agricultural land may not be harvested because of the escalating war.

In March, Ukraine President Volodymyr Zelenskyy urged farmers to sow as many fields as possible to protect the food supply, but that appears to be a challenging task considering the displacement of people (labor shortage), bombed-out fields, severely damaged infrastructure, and shortage of everything (diesel, seeds, & fertilizer).

Ukraine is considered the world’s second-biggest shipper of grains and the biggest exporter of sunflower oil. The planting season has already begun — its crop production is vital to the global food supply.

Even if farmers were to sow as many fields as possible, their ability to export crops would be severely impacted during the harvest season due to damaged infrastructure, such as bombed-out rail systems, highways, bridges, and ports. Also, buyers of grains can barely get dry bulk carriers insured to transit the Black Sea to a Ukrainian port because of soaring war risk premiums.

Besides FAO, some private ag forecasters have warned crop harvests could be halved.

Forecast data from ag expert UkrAgroConsult show Ukraine’s corn output could be as low as 19 million tons, about half of last year’s 41 million tons.

There’s no question in our minds the impacts of continuing war will boost global food prices to new record highs. Ukraine is a top producing grains country and what this may spell next is a worldwide food crisis.

A fertilizer supply shock is imminent for US farmers as CF Industries Holdings, Inc. warned Thursday that rail shipments of crop nutrients would be reduced to top agricultural states, which couldn’t come at the worst time as the Northern Hemisphere spring planting season is underway.

The world’s largest fertilizer company said Union Pacific had hit it with railroad-mandated shipping reductions that would impact nitrogen fertilizers such as urea and urea ammonium nitrate shipments to Iowa, Illinois, Kansas, Nebraska, Texas, and California. Union Pacific told CF Industries without advance notice to reduce the volume of private cars on its railroad immediately. This means CF Industries had to decrease shipments by a whopping 20% to stay compliant.

“The timing of this action by Union Pacific could not come at a worse time for farmers,” said Tony Will, president and chief executive officer of CF Industries.

“Not only will fertilizer be delayed by these shipping restrictions, but additional fertilizer needed to complete spring applications may be unable to reach farmers at all. By placing this arbitrary restriction on just a handful of shippers, Union Pacific is jeopardizing farmers’ harvests and increasing the cost of food for consumers,” Will said.

The move is particularly problematic for the Midwest, where 90% of corn and 80% of soybeans are produced in the US. The region is a critical node in the global food system, and tightening the fertilizer supply will only drive up food prices by shrinking harvests.

Farmers have been pressured by record-high fertilizer and diesel costs.

CF Industries released an ominous warning about the lack of fertilizer across the Midwest this year and how it may cause food supply woes:

Farmers on the Brink

Farmers on the Brink

“Farming looks mighty easy when your plow is a pencil and you’re a thousand miles from the corn field.” – Dwight D. Eisenhower

It was a spooky time to be out at sea off the US East Coast on Halloween in 1991. A strong storm system over the maritime provinces in Canada merged with the remnants of Hurricane Grace, forming a new, epic, and dangerous Nor’easter. The winds of this new storm breached 70 miles per hour and a wave as high as 100 feet was measured off the coast of Nova Scotia, but the storm was not renamed as either a tropical storm or a hurricane – instead, it is known only colloquially as simply the Perfect Storm. Six fishermen from Massachusetts perished when their vessel Andrea Gail sunk in open waters, and the story of the storm and of that tragedy became the subject of a best-selling book and a blockbuster feature film.

While the concept of a perfect storm is often too casually assigned in popular culture, it is difficult to find a more apt description of what has been unfolding in the global agriculture markets over these past several months. The tempest caused by the European energy disaster has merged with the hurricane of consequences flowing from Russia’s invasion of Ukraine, forming the genesis of a generational crisis in food that will leave few unaffected. While we’ve been warning about just such a scenario for some time, after spending the past two weeks traveling across the US Midwest and conferring with our contacts in the agricultural sector, even we are a little spooked by what we’ve learned. In a financial crash, the correlation between all asset classes converges to one…

We documented last week Brazil had some of the worst frost conditions in two decades. Temperatures dropped below zero and delivered a massive blow to farmers across the country’s coffee belt. The result has been sky-high coffee prices.

Back-to-back heatwaves continue to scorch the Earth across the Western half of the U.S. The corn belt, which spans the Midwest, lacks rainfall, and hot weather could negatively impact crop development, leading to an underwhelming harvest.

“All of these events are touched by jet streams, strong and narrow bands of westerly winds blowing above the Earth’s surface. The currents are generated when cold air from the poles clashes against hot air from the tropics, creating storms and other phenomena such as rain and drought,” Bloomberg said.

“Jet streams are the weather—they create it, and they steer it,” said Jennifer Francis, a senior scientist at the Woodwell Climate Research Center. “Sometimes the jet stream takes on a very convoluted pattern. When we see it taking big swings north and big dips southward, we know we’re going to see some unusual weather conditions.”

British retailers have urged the government to make an urgent effort to prevent prolonged suspension of cross-Channel transport, which they say would disrupt supplies of fresh produce to UK consumers.

To prevent the spread of a new, more transmissible variant of the CCP (Chinese Communist Party) virus from the UK, the French government suspended all travel from the UK for 48 hours from 11 p.m. on Sunday night (midnight Paris time), including travel linked to goods transport by road, air, sea, or rail.

Sainsbury’s, one of the UK’s biggest supermarkets, urged the UK and French governments to work together to ensure food supplies to the UK market over the Christmas holidays.

It said it had plenty of food items in stock for Christmas, and was also sourcing products in the UK and looking into alternative transport for products sourced from Europe.

However, “if nothing changes, we will start to see gaps over the coming days on lettuce, some salad leaves, cauliflowers, broccoli and citrus fruit—all of which are imported from the Continent at this time of year,” it said in a statement emailed to The Epoch Times.

“We hope the UK and French governments can come to a mutually agreeable solution that prioritises the immediate passage of produce and any other food at the ports.”

UK business groups have also raised concerns to the government.

“While goods can enter from France, few haulage firms will be willing to send trucks and drivers across to the UK without a guarantee they can return to the EU in a timely manner,” Andrew Opie, director of food and sustainability at the BRC, said in a statement. 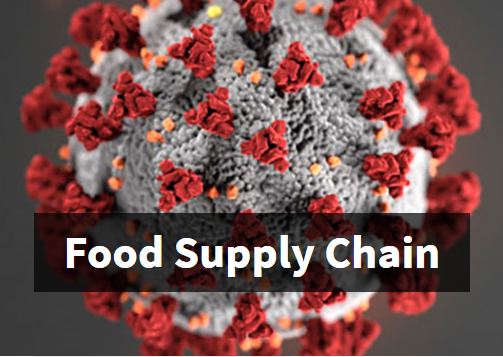 QUESTION: I just want to be prepared. How long is the famine supposed to happen? 1-2 years? More?

ANSWER: These lockdowns have already set in motion a reduction in the food supply. In the United States, there were temporary shortages of certain foods. You can see plenty of videos where farms lost 100% of their crops because they could not get the food into the supply chain. The greatest problem we have is that many farmers were hurt by the COVID-19 restrictions. The same was taking place in Australia. Then there have been climate issues with great floods in China.

We see that food prices should rise between 2022 into 2024 more aggressively but this should be from shortages. There is a 17.2-year cycle in famine. This is what has emerged from our database which extends back to 2200BC. There are times when famine results in war. The last major famine, for example, in North Korea (1994-1998) killing at least 600,000 from starvation. This next famine will begin in 2022 and will extend into 2028/2029 in varying parts of the world. Therefore, it is not consistent with one particular area. However, this attempt for the Great Reset is also pushing the crisis in reducing the food supply at a time when we should be stockpiling it.

It’s funny how things go sometimes, how times roll -not just the good ones-. I said last week that all the world’s “leaders” had failed terribly, and I’m not taking that back. They all failed to a horrific extent at their no. 1 task when it comes to Disasters, Pandemics, whatever their respective governments file these events under: Prevention. But now we’re in a whole new world.

Now these failed leaders move into a situation they actually MAY be able to handle. That is, the -crisis- management that inevitably follows AFTER the failure at their no. 1 task of Prevention. They MAY be able to pull this off because it’s what they were trained to do: be little managers. You know them, because every company these days is full of them, and some will make it to biggest little manager status, through blind ambition and/or licking up to previous little managers. Some may even become government ministers. Core characteristic: these people don’t act, they re-act. Prevention is a job they’re absolutely not qualified for

Trump, Macron, BoJo, Merkel, Rutte, Xi, Abe, Conte, you name them, they’re all little managers, they’re not leaders, they have no ideas or visions, at least not original ones. People with original ideas don’t become politicians, not in the climate we have created since the 1950’s. The 20th century was poor anyway when it comes to vision, it was all about money, and no great vision has ever been derived from that.

The last century had Gandhi and Martin Luther King -and I would personally add Muhammad Ali-, and that combination says a lot about what we could have become vs what we have. In a way, the world chose money over itself. The 20th century was when Faust won, when humanity sold its soul. That it also sold its home, its planet, seems almost irrelevant compared to that.