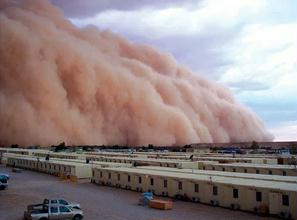 Preface. Two forms of soil erosion may bring back the Great Depression Dustbowls. The first is that Great Plains grasslands have been replaced with corn crops to grow ethanol, which have increased the amount of dust 100% over the past 20 years. The second is the destruction of biocrusts (also known as cryptobiotic soils). These are a thin glue containing a thriving community of fungi, lichen, moss, cyanobacteria, and other microbes that cover 12% of Earth’s surface and provide essential nutrients for plants and retain moisture.

It’s destruction by livestock, farming and climate change releases 700 million tons of dust a year, though wherever the dust lands may get a brief boost of fertilization.  As climate change, livestock, and farm machinery break the delicate biocrust, dust storms are increasing and will only grow greater as 3 billion more people arrive by 2050, with up to 40% of these valuable crusts disappearing by 2085.  Enormous amounts of land will be required to feed them all, much of it marginal land vulnerable to dust storms.

Dust also melts glaciers and snow faster than before, depriving millions of people water to drink and grow crops with.

A warming planet will make dust storms more intense in the Mediterranean and the Atlantic and increase the frequency of North Atlantic hurricanes.

More dust in the air will worsen air quality and public health from disease like Valley Fever, meningitis, Kawasaki, and increase lung and heart disease.

It isn’t known for sure how dust affects climate change, so it isn’t modeled. It could go either way. Dust is the largest aerosol by mass, and both absorbs and scatters sunlight to alternately warm or cool the planet, though a recent study found that large dust causes warming and is more plentiful than fine dust, which cools, perhaps tipping dust towards warming the climate even more.