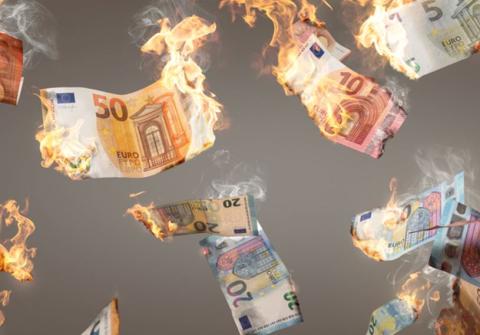 A certain meme has become popular among advocates of both gold and cryptocurrencies. This is the “Fix the money, fix the world” meme. This slogan is based on the idea that by switching to some commodity money—be it crypto or metal—and abandoning fiat currency, the world will improve greatly.

Taken in its moderate form, of course, this slogan is indisputably correct. State-controlled money is immoral, dangerous, and impoverishing. It paves the way for government theft of private wealth through the inflation tax, and thus allows the state to do more of what it does best: wage wars, kill, imprison, steal, and enrich the friends of the regime at the expense of everyone else. Privatizing the monetary system and imposing a “separation of money and state” would help limit these activities.

But it’s also important to not overstate the benefits of taking money out of the hands of the state. The temptation to push the “fix the world” idea to utopian levels is often seen among cryptocurrency maximalists, and among some gold promoters as well.

For example, at least one bitcoin enthusiast thinks bitcoin will bring “the end of the nation states.” And in one particularly over-the-top paragraph from another bitcoin promoter, we’re told that cryptocurrency will essentially cure every ill from poverty to corruption to environmental destruction.

The idea that changing to different money will somehow end theft, poverty, or even war is the sort of messianic thinking that would have given old-school Marxists a run for their money.

Yes, we can all agree that if we “improve the money” we also “improve the world.” But removing the state’s money monopoly won’t make states fold up their tents and slink away in the night. (And, needless to say, simply changing the money won’t make bad food or poverty disappear either.)