Who Really Controls the World? 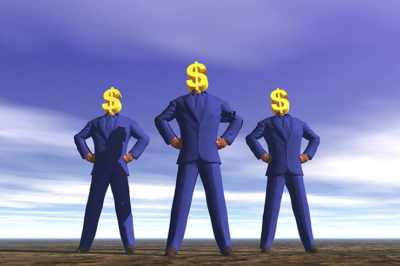 Since I entered politics, I have chiefly had men’s views confided to me privately. Some of the biggest men in the United States, in the field of commerce and manufacture, are afraid of something. They know that there is a power somewhere so organised, so subtle, so watchful, so interlocked, so complete, so pervasive, that they better not speak above their breath when they speak in condemnation of it.
– Woodrow Wilson, 28th President of the United States (1856-1924)

So you see, my dear Coningsby, that the world is governed by very different personages from what is imagined by those who are not behind the scenes.
– Benjamin Disraeli, British Prime Minister
(1804-1881)

The advent of the industrial revolution, the invention of a banking system based on usury, and scientific and technological advancements during the past three centuries have had three major consequences. These have made the incredible concentration of wealth in a few hands possible, have led to the construction of increasingly deadly weapons culminating in weapons of mass destruction, and have made it possible to mould the minds of vast populations by application of scientific techniques through the media and control of the educational system.

The wealthiest families on planet earth call the shots in every major upheaval that they cause. Their sphere of activity extends over the entire globe, and even beyond, their ambition and greed for wealth and power knows no bounds, and for them, most of mankind is garbage – “human garbage.” It is also their target to depopulate the globe and maintain a much lower population compared to what we have now.