Home » Economics » Why did the Taliban Win? Lessons From Ancient History

Why did the Taliban Win? Lessons From Ancient History

By olduvai in Economics, Geopolitics on September 22, 2021.

Why did the Taliban Win? Lessons From Ancient History 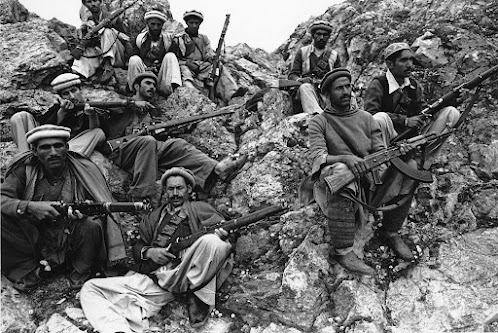 How did the Taliban manage to defeat the most powerful army in the world? One word: corruption. It is not new, it has already happened in many other cases in history. Here, I propose a comparison of the recent Taliban campaign with the case of the Numidian wars at the time of the Roman Republic.  (above: these fighters are probably Tajiki, not Taliban, but that does not affect the substance of my interpretation)

During the 2nd century BC, the Roman Republic attempted to defeat the Numidians, a tribal population inhabiting a desertic area of North-Western Africa. Surely, the Numidian fighters were no match for the mighty Roman armies, yet the Numidian kings held on their own for decades. It was only in 105 BC that their last king, Jugurtha, was definitively defeated by the Romans.

The ups and downs of the Numidian wars left the Romans perplexed. How could it be that those unrefined Barbarians could keep at bay the Romans for so long? The opinion of the historian Sallustius was that the Numidians had used corruption to buy the Roman commanders. Sallustius reports that Jugurtha himself said about Rome, “Venal city! You would sell yourself if a buyer were to appear!”.

Sallustius’ interpretation is believable, even though it is not substantiated by historical data. Corruption is an unavoidable side effect of money and Rome was the most monetarized society of antiquity. The Romans had built their prosperity on the precious metal mines of Northern Spain and used their wealth to pay the large armies that they used to dominate the Mediterranean Region. But money is a double-edged weapon: it can be used to pay soldiers to fight, but also not to fight, or to fight someone they were not supposed to fight.

← Are the US and China Stumbling Toward an ‘Islands War’? It’s all connected: The natural gas market and its casualties →