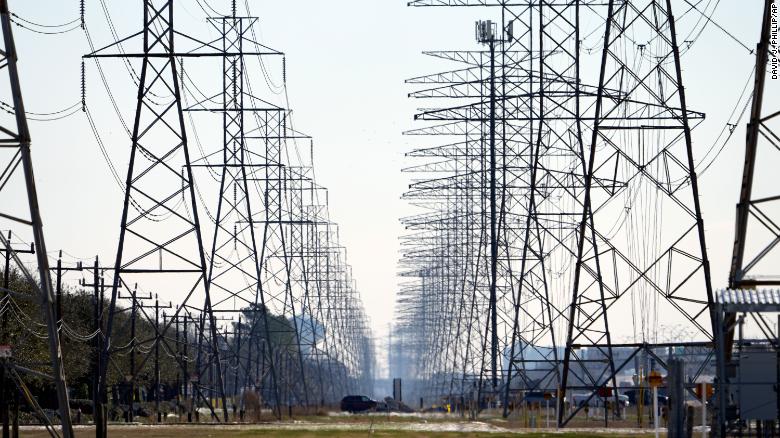 The electric power grid manager for most of Texas has issued its first conservation alert of the summer, calling on users to dial back energy consumption to avert an emergency. (AP Photo/David J. Phillip)

(CNN)The Electric Reliability Council of Texas (ERCOT), the organization that operates much of the Lone Star State’s electric grid, asked residents for a second day in a row Tuesday to conserve as much energy as possible until Friday.

The strain on the grid stems from record-high demand for electricity amid increasing summer heat and a higher than usual number of forced outages at power plants, the organization said.
“When ERCOT issued a call for conservation on Monday, Texans responded strongly by reducing electric demand during the late afternoon. ERCOT continues to encourage Texans to conserve power each afternoon during the peak hours of 3 to 7 p.m. through this Friday,” a news release by ERCOT read.
“ERCOT has been leveraging every resource at its disposal, including activating all available generating units to help serve customer demand before calling for conservation. Approximately 1,200 MW of power was regained overnight Monday when some repairs were completed. One MW typically powers around 200 homes on a summer day.”
ERCOT said Monday that energy generator owners have reported about 11,000 MegaWatts of generation are on forced outage for repairs, including about 8,000 MW of thermal energy. That’s significantly higher than on a typical hot summer day, when the range of thermal generation outages is about 3,600 MW, the organization said.
“We will be conducting a thorough analysis with generation owners to determine why so many units are out of service,” said ERCOT Vice President of Grid Planning and Operations Woody Rickerson. “This is unusual for this early in the summer season.”
Wind output was also expected to be lower than usual on Mounday, but the output was expected to increase as the week moved on, ERCOT said.
While the system’s energy capacity is lower, ERCOT customers have simultaneously been using record amounts of energy to cool their homes. According to the release, ERCOT has set a new June record for electricity demand.
“Based on preliminary data, the new record is 69,943 MW, which exceeds the 2018 June record by approximately 820 MW,” the release said. “Power plant owners continue repairs of unexpected equipment failures, and ERCOT is using all the tools in its toolbox to maintain reliability in the face of potential record-setting electricity demand.”
The National Weather Service of Fort Worth warned of a hot day Tuesday with temperatures forecast to be in the mid to upper 90s. The heat wave is expected to last through Friday.
ERCOT said last month that it anticipated record-breaking electric demand this summer due to hot and dry conditions and economic and population growth in the region. That trend is likely to continue in future years as human-caused climate change drives more extreme heat waves in Texas. A 2020 report from the Texas state climatologist concluded