Imperialist Aggression against Venezuela: Canada Tries to Use International Law to Justify Interventionism

Imperialist Aggression against Venezuela: Canada Tries to Use International Law to Justify Interventionism 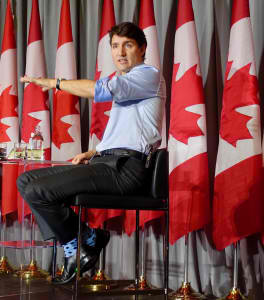 Like the shopkeeper in the Monty Python dead parrot sketch who insists a deceased bird is actually alive, imperialist aggression against Venezuela is turned into promotion of the “international rules-based order”.

At the opening of the UN assembly in September Justin Trudeau said the International Criminal Court is a “useful and important way of promoting an international rules-based order.” Simultaneously, Canada announced it (with five South American nations) would ask the ICC to investigate the Venezuelan government, which is the first time a government has been formally brought before the tribunal by another member.

Liberal officials and the sycophantic media portrayed Canada’s move to bring Caracas before the ICC as a challenge to the US. Evan Dyer reported, “Government sources told CBC that Canada’s decision to refer Venezuela is also meant as a show of support for the ICC, an institution this country believes in that is under attack” from the Trump administration. In other words, Ottawa will challenge Washington by showing Trump how the “international rules-based” ICC can undermine a government the US and Canada are seeking to overthrow through unilateral sanctions, support for the opposition and threatening an invasion, which all contravene the UN Charter.

Unfortunately, some people are willing to buy a dead bird for a pet, the proof of which is that the “international rules-based” ICC Trudeau is promoting has previously been employed to enable violations of international law. In 2011 ICC chief prosecutor Luis Moreno-Ocampo helped set the stage for NATO’s war on Libya, which contravened UN resolutions 1970 and 1973. (Ottawa defied the UN Security Council resolutions authorizing a no-fly zone to protect Libyan civilians by dispatching ground forces, delivering weaponry to the opposition and bombing in service of regime change.)

← What Is Behind The Market’s Record Liquidity Collapse Kass: “Don’t Blame Powell For The Mess He’s Left To Clean Up” →