Home » Energy » Could Donald Trump be the Last World Emperor? States and Empires After the End of the Fossil Age

Could Donald Trump be the Last World Emperor? States and Empires After the End of the Fossil Age

Could Donald Trump be the Last World Emperor? States and Empires After the End of the Fossil Age 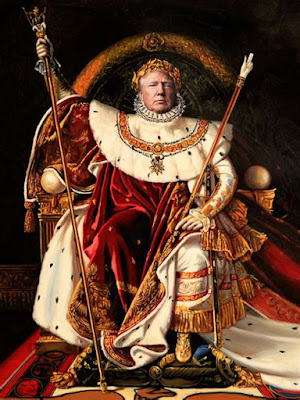 Empires are short-lived structures created and kept together by the availability of mineral resources, fossil fuels in our times. They tend to decline and fall with the decline of the resources that created them, and that’s the destiny of the current World Empire: the American one. Will new empires be possible with the gradual disappearance of the abundant mineral resources of the past? Maybe not, and Donald Trump could be the last great emperor in history.

A warlord named Sargon of Akkad was perhaps the first man in history to rule a true empire, around mid 2nd millennium BC in Mesopotamia. Before him, humans had been warring against each other for millennia, but the largest social structures they had developed were no larger than city-states. Gradually, new forms of social aggregation emerged: kingdoms and empires, structures kept together by a central government that, normally, involves a larger than life male figure, emperor or king, who keeps the state together using a combination of force, prestige, and gifts.

Sargon’s Empire went through the normal destiny of the empires that came after it: glory and plunder at the beginning, then struggle, destruction and, finally, collapse. Nothing unusual for a cycle that would span millennia of human history. Taagenpera shows how empires come and go (image source) 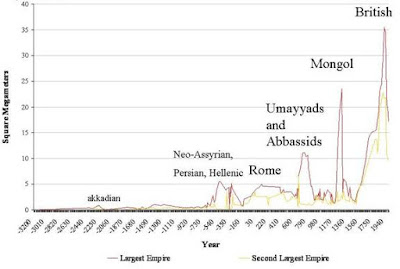 The rise and fall of empires looks like a chemical reaction, flaring and then subsidizing, as a reaction running out of reactants — then restarting when new reactants have accumulated. For empires, the reactants might have been mineral resources — it may well be that Sargon’s empire was the result of silver having become a standard medium of exchange in Mesopotamia.
…click on the above link to read the rest of the article…

← Danske Bank – Who helped them Launder? Reduce Waste: How To Make The Most Of Your Autumn Leaves →