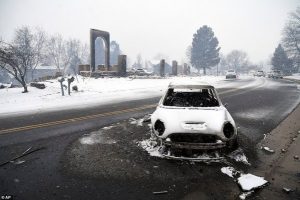 “Snow and ash over Colorado: Devastated owners of the nearly 1,000 homes razed to the ground by December wildfires survey the damage…

“Colorado Governor Jared Polis declared a state of emergency on Thursday, calling the wildfires a ‘disaster in fast-motion’… Tens of thousands were ordered to flee as flames swept over drought-stricken neighborhoods with alarming speed, propelled by guests up to 105 mph.” 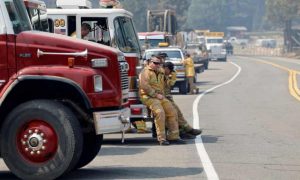 “‘I thought I was broken’: when wildland firefighters head home, trauma takes hold…

“Asad Rahman woke up feeling like someone had punched him in the face. It was the winter after one of his first seasons as a wildland firefighter and he’d battled a blaze that had claimed the lives of six other firefighters. The stress left Rahman grinding his teeth at night until his jaw ached.” 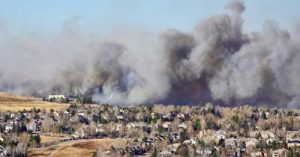 “Are radioactive wildfires next on California’s apocalyptic climate-change guest list?

“…The United States hasn’t experienced a nuclear disaster on the level of Chernobyl, but there may be other sources of radiation that could have been absorbed by the West Coast’s forests.” 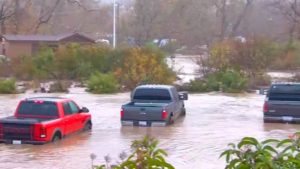 “Gov. Gavin Newsom declared a state of emergency in 20 California counties on Thursday as winter storms continued to lash the state with record snow and rainfall that have knocked out power, shut down major roads and freeways, and caused debris flows, among other hazards.”