Study warns US farmland is now 48 TIMES more TOXIC to insects: Are neonicotinoids to blame for the impending “insect apocalypse?”

Study warns US farmland is now 48 TIMES more TOXIC to insects: Are neonicotinoids to blame for the impending “insect apocalypse?”

(Natural News) Researchers have determined that the nation’s farmland is now 48 times more toxic to insects than it was just 25 years ago, and much of this rise in toxicity is being blamed on the widespread use of a dangerous category of pesticides known as neonicotinoids.

The study, which was published in the PLOS ONE journal, provided a thorough assessment of the use of pesticides in America and was the first study to determine just how dangerous our fields have grown for insects in recent years. The role of pesticides was dramatic; the scientists found that neonicotinoids were responsible for a remarkable 92 percent of the rise in toxicity.

Part of the problem is that neonicotinoids create a cumulative toxic burden because they are far more persistent within the environment than other types of commonly used insecticides, which is why the burden today is so much higher than it was a quarter century ago and is likely to grow even higher.

Study co-author Kendra Klein, Ph.D., said: “It is alarming that U.S. agriculture has become so much more toxic to insect life in the past two decades. We need to phase out neonicotinoid pesticides to protect bees and other insects that are critical to biodiversity and the farms that feed us.”

She also called for a shift from our food system’s dependence on dangerous pesticides toward organic methods of farming that work in harmony with nature instead of destroying it.

Will there be any insects left on our planet in the decades to come?

The birds and the bees

The birds and the bees

North America’s birds are dying at a rate that’s alarming ornithologists. Since the 1970s, the continent has lost 3 billion birds, nearly 30% of the total, and even common birds such as sparrows and blackbirds are in decline, U.S. and Canadian researchers report this week online in Science. The findings raise fears that some familiar species could go the way of the passenger pigeon, a species once so abundant that its extinction in the early 1900s seemed unthinkable.

In past decades, researchers have documented the decline of particular bird groups, including migratory songbirds. But more recent studies have been broader: covering 529 bird species, about three-quarters of all species in North America, and accounting for more than 90% of the entire bird population.

Grassland birds have declined by 53% since 1970—a loss of 700 million adults in the 31 species studied, including meadowlarks and northern bobwhites. Shorebirds such as sanderlings and plovers are down by about one-third, the team says. Habitat loss may be to blame.

The familiar birds that flock by the thousands in suburbs were not exempt. Nineteen common species have each lost more than 50 million birds since 1970. Twelve groups, including sparrows, warblers, finches, and blackbirds, were particularly hard hit. Even introduced species that have thrived in North America, such as starlings and house sparrows, are losing ground. Only waterfowl and raptors seem to be thriving, thanks to habitat restoration and other conservation efforts. But the declines in many other species, particularly those living along shorelines and in grasslands, far exceeded those gains.

Pesticides are very probably a factor. Last week, toxicologists described how low doses of neonicotinoids—a common pesticide—made migrating sparrows lose weight and delay their migration, which hurts their chances of surviving and reproducing. Climate change, habitat loss, shifts in food webs, and even cats may all be adding to the problem, and not just for birds.

“Insect Apocalypse:” US Farmland 48 Times More Toxic To Insects Than 25 Years Ago

“Insect Apocalypse:” US Farmland 48 Times More Toxic To Insects Than 25 Years Ago

A new study shows how “insect apocalypse” is unfolding across America’s farmland since neonicotinoid pesticides were introduced several decades ago.

Researchers found that farmland across the country is 48 times more toxic to insect life than 25 years ago, and neonicotinoid pesticides account for a large majority of the increase in toxicity.

“It is alarming that US agriculture has become so much more toxic to insect life in the past two decades,” said Kendra Klein, Ph.D., study co-author and senior staff scientist at Friends of the Earth.

“We need to phase out neonicotinoid pesticides to protect bees and other insects that are critical to biodiversity and the farms that feed us.”

Published in the journal PLOS ONE on Tuesday, the new study is a complete assessment of pesticide usage on farmland in the US, is the first study in the world to quantify how dangerous fields have become for insects by providing YoY changes in toxicity levels of the soil.

The increased toxic load measured in the study could explain why insect populations are collapsing in the US.

Klein said neonicotinoids are more toxic for insects than traditional pesticides and are widely used by farmers. These dangerous chemicals can remain in the soil for months to years after one application.

“In addition, we need to rapidly shift our food system away from dependence on harmful pesticides and toward organic farming methods that work with nature rather than against it.”

The study suggests neonicotinoids are a major factor in the recent decline of insects, along with climate change and habitat destruction, leading scientist to warn of an “insect apocalypse.”

It’s a process, not an event.

Many people are expecting some degree of approaching collapse — be it economic, environmental and/or societal — thinking that they’ll recognize the danger signs in time.

As if it will be completely obvious, like a Hollywood blockbuster. Complete with clear warnings from scientists, politicians and the media.  And everyone can then get busy either panicking or becoming the plucky heroes.

That’s not how collapse works.

Collapse is a process, not an event.

And it’s already underway, all around us.

However, unlike Hollywood’s vision, the early stages of collapse cause people to cling even tighter to the status quo. Instead of panic in the streets, we simply see more of the same — as those in power do all they can to remain so, while the majority of the public attempts to ignore the growing problems for as long as it possibly can.

For both the elite and the majority, their entire world view and their personal sense of self depends on things not crumbling all around them, so they remain willfully blind to any evidence to the contrary.

When faced with the predicaments we warn about here at PeakProsperity.com, getting an early start on prudently shifting your own personal situation is of vital strategic and tactical importance. Tens of thousands of our readers already have taken wise steps in their lives to position themselves resiliently.

But most of the majority won’t get started until it’s entirely too late to make any difference at all. Which is sad but perhaps unavoidable, given human nature.

If everybody around you is saying “Everything is awesome!”, it can take a long time to determine for yourself that things in fact aren’t:

Real collapse happens slowly, and often without any sort of acknowledgement by the so-called political and economic elites until its abrupt terminal end.

Honeybees Face Global Threat: If They Die, So Do We

Honeybees Face Global Threat: If They Die, So Do We

“There is one masterpiece, the hexagonal cell, that touches perfection. No living creature, not even man, has achieved, in the center of his sphere, what the bee has achieved in her own: and were some one from another world to descend and ask of the earth the most perfect creation of the logic of life, we should needs have to offer the humble comb of honey.” — Maurice Maeterlinck, The Life of the Bee, 1924.

What is the most important animal to humans? In prehistoric times, the dog helped transform early hunter-gatherers into apex predators. Later, human civilization was built on the backs of horses. But starting around 11,500 years ago, when humans began making permanent settlements and invented agriculture, bees emerged as the most critical animal to human survival.

By pollinating crops around the world, honeybees feed more than 7 billion people today. Most of the food that we eat (and all of our cotton) is produced in part by the hard work of bees. In her 2011 book The Beekeeper’s Lament, journalist Hannah Nordhaus described honeybees as “the glue that holds our agricultural system together.”

The importance of bees isn’t limited to humans, of course. By promoting the reproduction of angiosperms or flowering plants, bees are also central to survival of countless other animal species that rely on those plants and their fruits to survive. In fact, Earth’s entire planetary ecology has been shaped by bees. Since they first evolved from wasps some 100 million years ago, bees have driven the evolution of plant life.

Sadly, in recent times, we have not treated our bee friends well. The use of pesticides—neonicotinoids in particular, which are commonly used on corn, soybean, canola and cereal, as well as many fruits and vegetables—have killed an estimated 250 million bees in a just a few years.

Canada’s wait and see policy on neonicotinoids, the controversial insecticide often blamed for the widespread death of bees, is “where France was five years ago,” says a researcher with the French National Centre for Scientific Research.

Jean-Marc Bonmatin says Canadian jurisdictions are five years behind France and most of Europe when it comes to banning neonics, adding, “there is a clear connection between what happened with DDT and what is happening now with neonics.”

Bonmatin, who is also vice-chair of a group of European scientists formed in 2009 amid growing concern over rapid declines in insects in Europe, reviewed more than 1,000 studies on neonics and concludes that the evidence is clear.

“Neonics are very, very toxic to all invertebrates including butterflies, earthworms and aquatic invertebrates, which are at the very heart of the food chain.”

Bonmatin was in Toronto recently as a guest of the David Suzuki Foundation to help bolster Ontario’s plan to dramatically restrict neonic use for the next growing season. 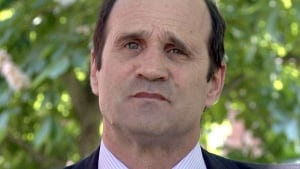 Ontario is, to date, the only Canadian jurisdiction to consider restricting neonic use, beginning next spring with corn and soybeans.

But Ontario grain farmers say statements like Bonmatin’s are alarmist and are derived from “cherry picking anti-pesticide studies to prove their point.”

Kevin Armstrong, a farmer near Woodstock, Ont., and a director of the Grain Farmers of Ontario, says he has been planting neonic-treated seed on his farm for 10 years and he still sees plenty of earthworms, birds, fish in the stream, and bees.

The campaign against neonics, he says, is “nothing but an anti-pesticide agenda.”