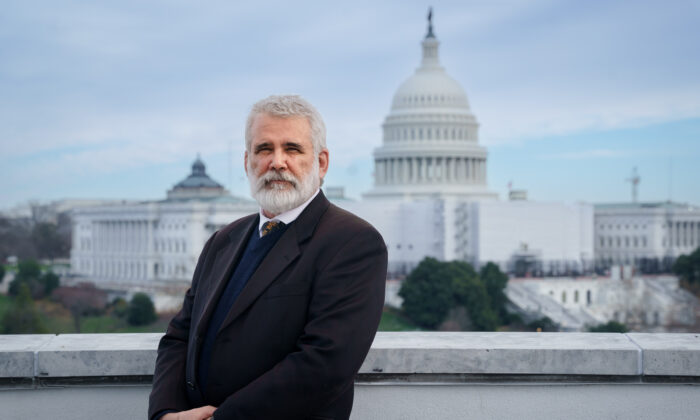 Social media platforms are being weaponized, he said

Inventor of mRNA vaccines Dr. Robert Malone, having worked with the U.S. Department of Defense (DOD) for many years, warns that a war is being waged by the government for control of people’s minds, and that social media platforms are being weaponized in this war and are “actively employed” by the intelligence community to influence what people think and feel.

“This new battleground, in which your mind and your thoughts, your very emotions are the battleground. It is not about territory,” Malone said during a recent interview for EpochTV’s “American Thought Leaders” program. “Twitter, it’s clear now, has become the premium platform for shaping emerging global consensus about the topics of the day.”

During his work with the DOD, Malone became aware of companies researching multilingual programs that assess the emotional content of the language used on social media, which those companies then use to “map relationship clouds,” including what topics people are discussing, who the influencers are, and who is at the fringe of that cloud, said Malone.

Phenomena like being deplatformed, shadowbanned, and a “tweet” going viral is a part of this weaponizing of social media.

“By using these tools of manipulating what information, what tweets you put out, what messages you put out to your influencer cloud, they can modulate how those people behave,” he said. “You can actually very actively control what individuals are thinking, the information that they’re gathering, what they’re being influenced to do.”

Groupthink: we are all victims

Groupthink: we are all victims

US HHS response to COVID was textbook, in all the wrong ways

“Madness is the exception in individuals but the rule in groups.”
Fredrich Nietzsche

We all seek to understand the root causes of the COVIDcrisis. We crave an answer, and hope is that we can find some sort of rationale for the harm that has been done, something that will help make sense out of one of the most profound policy fiascos in the history of the United States. In tracing the various threads which seem to lead towards comprehension of the larger issues and processes, there has been a tendency to focus on external actors and forces. Examples include the Medical-Pharmaceutical Industrial complex, the World Health Organization, the World Economic Foundation, the Chinese Central Communist Party, the central banking system/Federal Reserve, the large “hedge funds” (Blackrock, State Street, Vanguard), the Bill and Melinda Gates Foundation, Corporate/social media and Big Technology, the Trusted News Initiative, and the United Nations.

Who is Robert Malone is a reader-supported publication. To receive new posts and support my work, consider becoming a free or paid subscriber.

In terms of the inexplicable behavior of the general population in response to the information which bombards all of us, the denialism and seeming hypnosis of colleagues, friends and family, Mattias Desmet’s 21st century update of the work of Hannah Arendt , Joost Meerloo, and so many others is often cited as the most important text for comprehending the large scale psychological processes which have driven much of the COVIDcrisis madness. Dr. Desmet, a professor of clinical psychology at Ghent University (Belgium) and a practicing psychoanalytic psychotherapist, has provided the world with guide to the Mass Formation process (Mass formation Psychosis, Mass Hypnosis) which seems to have influenced so much of the madness that has gripped both the United States as well as much of the rest of the world. 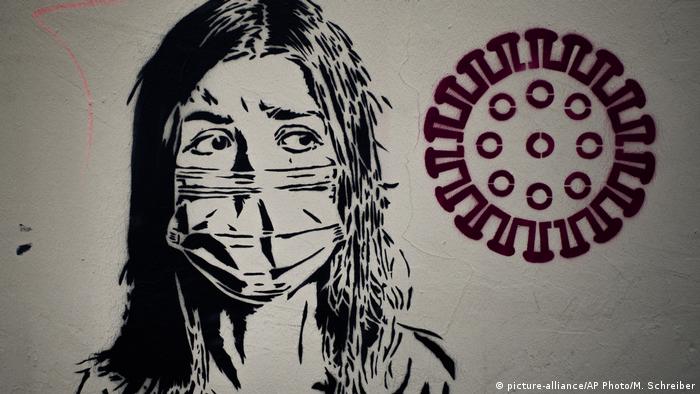 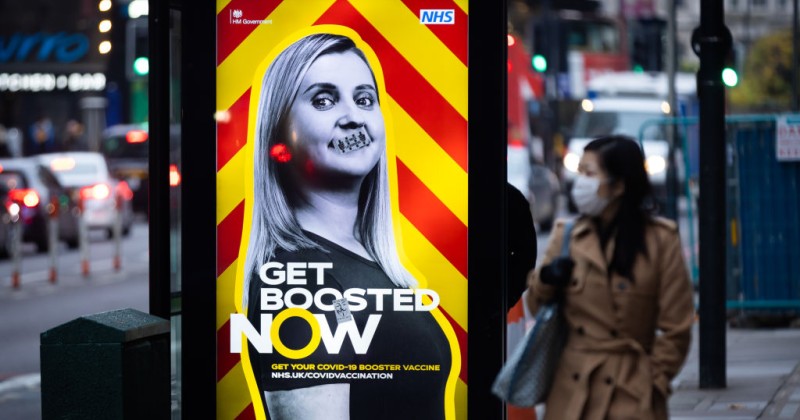 Dr. Robert Malone’s assertions about “mass formation psychosis” in the context of the COVID-19 pandemic are underscored by the fact that authorities in the UK admitted to using “totalitarian” methods of “mind control” to instill fear in the population.

In Canada, the military also admitted launching a psychological operations campaign against their own people in order to manipulate them into compliance with COVID-19 restrictions and mandates.

During his viral podcast with Joe Rogan after he was banned by Twitter, Malone explained how the global population was being manipulated into remaining in a constant state of hysterical anxiety via mass formation psychosis.

“What the heck happened to Germany in the 20s and 30s? Very intelligent, highly educated population, and they went barking mad. And how did that happen?” asked Malone.

“The answer is mass formation psychosis.”

“When you have a society that has become decoupled from each other and has free-floating anxiety in a sense that things don’t make sense, we can’t understand it, and then their attention gets focused by a leader or series of events on one small point just like hypnosis, they literally become hypnotized and can be led anywhere,” he added.

On Joe Rogan, Dr Robert Malone suggests we are living through a mass formation psychosis.

He explains how and why this could happen, and its effects.

He draws analogy to 1920s/30s Germany “they had a highly intelligent, highly educated population, and they went barking mad” pic.twitter.com/wZpfMsyEZZ

“And one of the aspects of that phenomenon is that the people that they identify as their leaders, the ones typically that come in and say you have this pain and I can solve it for you. I and I alone,” Malone further explained, “Then they will follow that person. It doesn’t matter whether they lied to them or whatever. The data is irrelevant.”

It’s a Fourth Turning: What Did You Expect?

“Reflect on what happens when a terrible winter blizzard strikes. You hear the weather warning but probably fail to act on it. The sky darkens. Then the storm hits with full fury, and the air is a howling whiteness. One by one, your links to the machine age break down. Electricity flickers out, cutting off the TV. Batteries fade, cutting off the radio. Phones go dead. Roads become impossible, and cars get stuck. Food supplies dwindle. Day to day vestiges of modern civilization – bank machines, mutual funds, mass retailers, computers, satellites, airplanes, governments – all recede into irrelevance. Picture yourself and your loved ones in the midst of a howling blizzard that lasts several years. Think about what you would need, who could help you, and why your fate might matter to anybody other than yourself. That is how to plan for a saecular winter. Don’t think you can escape the Fourth Turning. History warns that a Crisis will reshape the basic social and economic environment that you now take for granted.” – The Fourth Turning – Strauss & Howe

“In retrospect, the spark might seem as ominous as a financial crash, as ordinary as a national election, or as trivial as a Tea Party. The catalyst will unfold according to a basic Crisis dynamic that underlies all of these scenarios: An initial spark will trigger a chain reaction of unyielding responses and further emergencies. The core elements of these scenarios (debt, civic decay, global disorder) will matter more than the details, which the catalyst will juxtapose and connect in some unknowable way. If foreign societies are also entering a Fourth Turning, this could accelerate the chain reaction…

They Will Reap What They Sowed 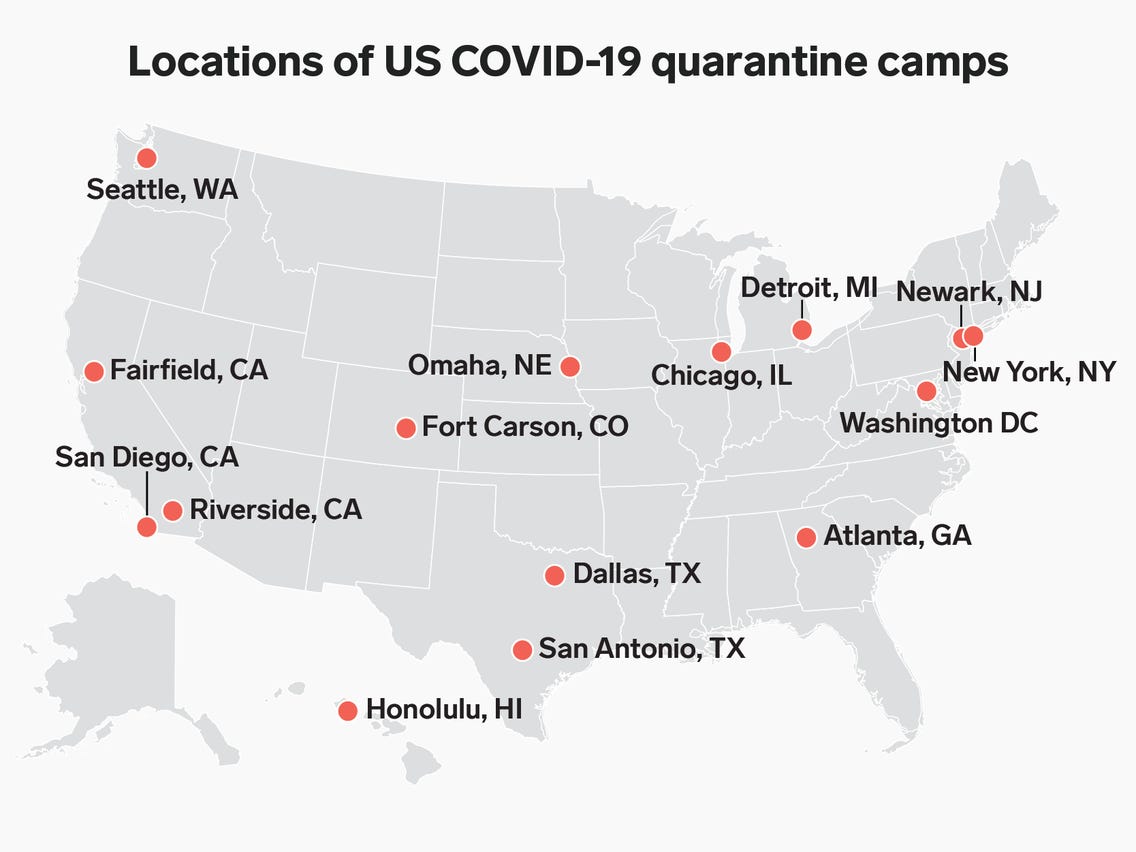 In a previous article – Cascade of Consequences – I attempted to make the case the ruthless billionaire oligarchs and their bought off lackey whores in government, media, academia, corporations, the military industrial complex, sickcare industry, and  Federal Reserve have used this engineered covid pandemia to further consolidate and expand their wealth, power and control over a frightened, willfully ignorant, compliant populace. In the month since that article the “powers that be” have ramped up the fear, increased their coercive mandates, reinstated mask mandates, and instituted vaccine passports in liberal bastion cities across America.

I see these ham-handed authoritarian dictates as a sign of weakness and their false narrative falling apart. A sense of desperation wafts from the halls of power in DC, corporate executive suites, and left-wing media outlets on the coasts who have overplayed their tyrannical hand. Resistance is building among an irate minority of critical thinking individuals who follow George Carlin’s first rule.