Home » Energy » With nothing to sell, Vietnam gas stations start to close

With nothing to sell, Vietnam gas stations start to close

With nothing to sell, Vietnam gas stations start to close

Deliveries fail to arrive, disrupting life in a nation that relies on motorbikes 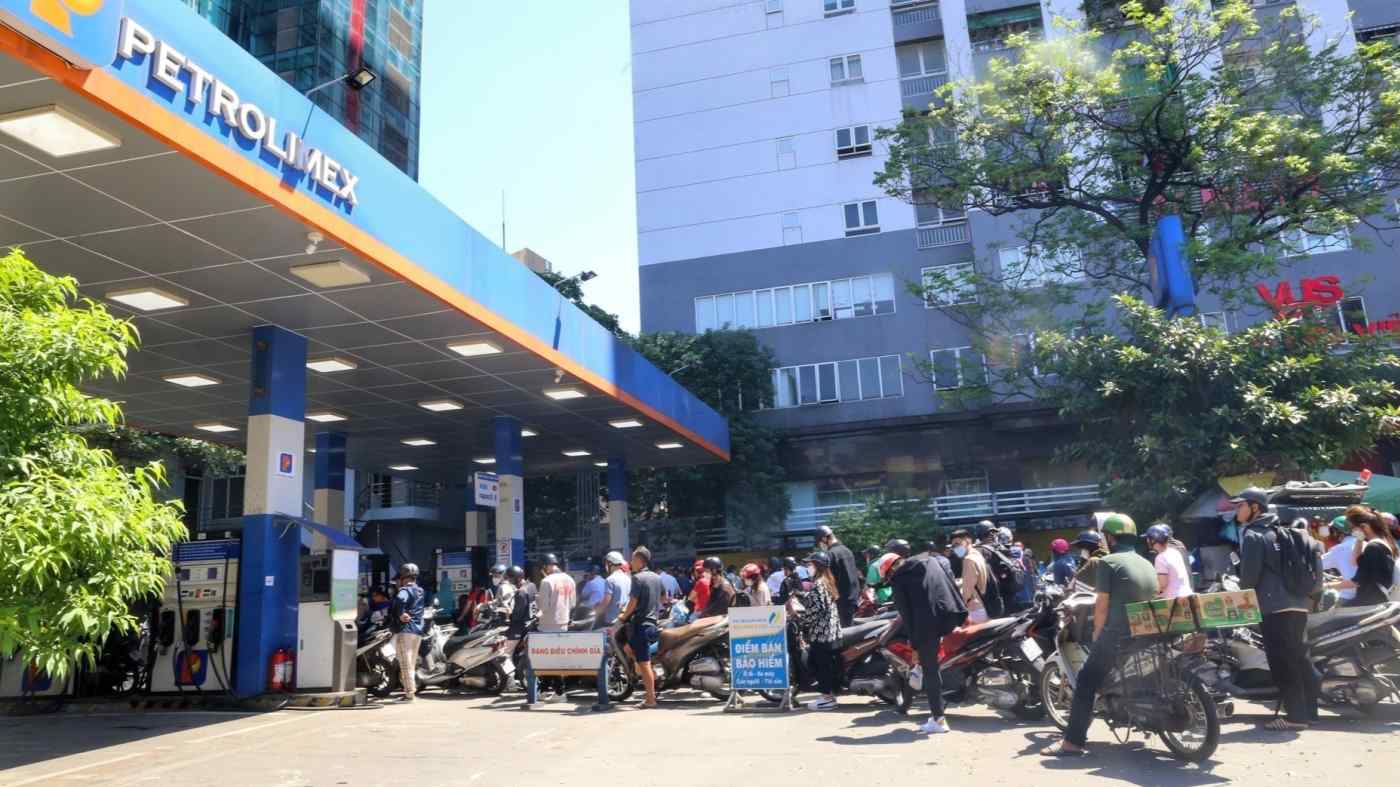 Tens of millions of Vietnamese depend on motorbikes to get to work and school, but many drivers in Ho Chi Minh City are now having trouble finding gas.   © Vietnam News Agency

HANOI — Gasoline stations in and around Ho Chi Minh City, Vietnam’s economic engine, are being forced to suspend operations due to shortages of the fuel.

A tangle of reactions to a constrained petroleum market — including government price controls and distributors’ decreasing profits — has worsened the matter, increasing the burden on domestic refineries.

While these refineries are moving to increase gasoline production, it will take time for Vietnam to fully solve the fundamental problems behind its petroleum crisis.

The government in mid-October called on two refineries to boost output to the maximum extent possible in a bid to meet domestic demand. The government also asked distributors to speed deliveries to gas stations.

PetroVietnam, the country’s largest state-run oil company, has responded by raising the operation rate of its Dung Quat refinery in the central province of Quang Ngai to 109% from 107%. A refinery executive said the rate can be pushed to 110% or even higher, should the government make further requests.

Oil refineries generally save some production capacity even when declaring they are running at 100%. When they crank up production during emergencies, their operation rate can surpass 100%.

At the Nghi Son refinery in the northern province of Thanh Hoa, in which Idemitsu Kosan of Japan has a major stake, production at the beginning of the year had to be substantially cut as it failed to procure sufficient funds to import crude oil. Since April, however, the refinery has been operating near full capacity. According to a refinery source, the plant can afford to increase its operation rate.