A third of Brits face poverty with energy bills set to hit $5,000

A third of Brits face poverty with energy bills set to hit $5,000 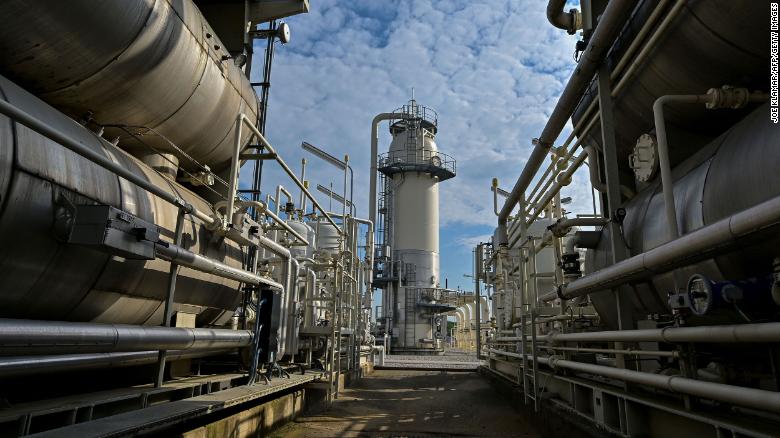 Nearly one third of households in the United Kingdom will face poverty this winter after paying energy bills that are set to soar again in January, campaigners say.

About 10.5 million households will be in fuel poverty for the first three months of next year, according to estimates from the End Fuel Poverty Coalition (EFPC) published on Tuesday — meaning that their income after paying for energy will fall below the poverty line.
The UK government defines poverty as household income of less than 60% of the UK median, which stood at £31,000 ($37,500) in 2021, according to official statistics.
The predictions are based on new estimates from research firm Cornwall Insight, also published Tuesday, which show that the average household energy bill is expected to hit £3,582 ($4,335) a year from October, and £4,266 ($5,163) from January — equating to about £355 ($430) a month.
January’s forecast represents a 116% increase in energy bills from current levels. As fuel prices surge, estimates are having trouble keeping pace. Just last week, Cornwall Insight predicted January’s prices would rise by 83% from current levels.
The research firm said it had revised its figures because of a jump in wholesale prices and a change in the way the UK regulator calculates its price cap. But there could be relief on the horizon: Cornwall Insight expects bills to start falling in the second half of 2023.
Fuel bills started rising last year as a global natural gas supply crunch pushed wholesale prices up to record levels. Russia’s invasion of Ukraine in late February has only exacerbated the situation.
The average UK household bill has already risen 54% this year, exacerbating a cost-of-living crisis that has forced many Britons to choose between “heating and eating.”

← Food – are we facing a Crisis or an Opportunity? OPEC Sets The Stage For Output Cuts, Sees Oil Market Tipping Into Surplus In Clash With IEA Forecast →