Home » Liberty » Collapsing by Doubling Down: How Leaders Create Their Own Ruin

Collapsing by Doubling Down: How Leaders Create Their Own Ruin

Collapsing by Doubling Down: How Leaders Create Their Own Ruin 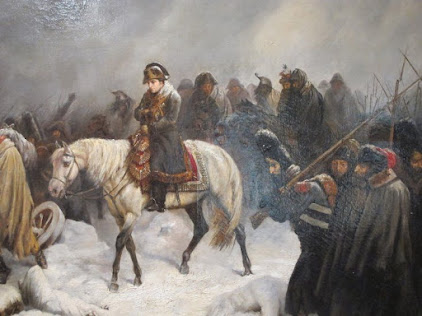 Napoleon won all the battles he engaged in, up to Borodino (1812), which was a non-victory, equivalent to a loss. From then, on it was all downhill from him. Napoleon had engaged in a task too big even for him: invading Russia. It is typical of successful leaders to use the doubling down strategy that leads them to a rapid collapse in their career — another manifestation of the Seneca Cliff.

Gnaeus Pompeius (Pompey) was a very successful leader during the final years of the ancient Roman republic. Isaac Asimov told his story in 1971, noting a curious detail. Pompey was successful in everything he did up to a fateful day, in 61 BCE. From then on, everything he did was a failure until he was assassinated in Egypt, in 48 B.C. Half-jokingly, Asimov suggested that Pompey’s reversal of fortunes coincided with having desecrated the temple of Jerusalem, that he had just conquered.

Even without desecrating anything, it is a constant of history that “invincible” leaders tend to end their days in the dust after a stellar career. Another case, centuries after Pompey, is that of Napoleon Bonaparte. He won every battle he was involved in until, in 1812, his army faced the Russians at Borodino. Maybe it was a victory, but it weakened Napoleon so much that he didn’t win any more battles again.

There are many more examples. Think of Adolf Hitler: successful in everything he did, until his ill-fated decision of attacking the Soviet Union in 1941 (same mistake as Napoleon). Or of Benito Mussolini. Everything he did was a success up to when he engaged Italy in WWII as an ally of Germany….