Home » Environment » The Truth About Décolletages: an Epistemic Analysis

The Truth About Décolletages: an Epistemic Analysis

The Truth About Décolletages: an Epistemic Analysis 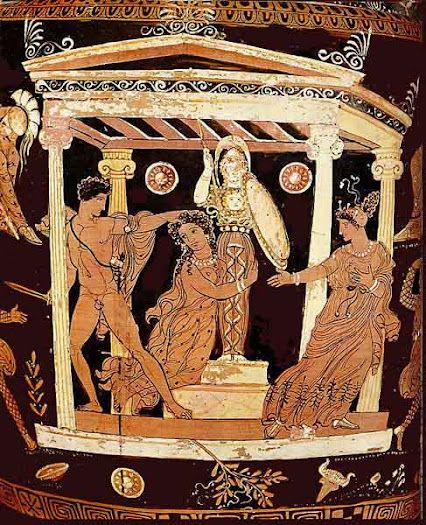 This image represents the rape of Cassandra, the Trojan prophetess. It was
probably made during the 5th century BCE (Presently at the Museo Archeologico Nazionale, Napoli, 2422). Note the partial nakedness of the figure of Cassandra: for the ancient female breasts did not have the erotic meaning that they have nowadays for us. Instead, it was a typical convention that when a woman was shown with fully or partly bare breasts, it was to be understood that she was in distress. Cassandra’s rape scene was almost always represented in this way, but it is not the only example. It is not easy for us to understand why our perception of this anatomic feature of human females has changed so much, but is not impossible to propose reasonable hypotheses. In this post, you’ll read about one of these hypotheses from the book “The Empty Sea” (Springer 2020) by Ugo Bardi and Ilaria Perissi. But I’ll start with some epistemological considerations.

Science is supposed to tell us what things really are. But is it true? In recent times, the prestige of science seems to be declining for various good reasons. An example: in his “Red Earth, White Lies,” Vine Deloria, Jr. starts with a citation from the 1973 series by Jacob Bronowski, “The Ascent of Man.”

“Why are the Lapps white? Man began with a dark skin; the sunlight makes vitamin D . . . in the North, man needs to let in all the sunlight there is to make enough vitamin D and natural selection therefore favoured those with whiter skins.”

Deloria notes that “Lapps may have whiter skins than Africans, but they do not run around naked to absorb the sunlight’s vitamin D.” From this, he says that “my faith in science decreased geometrically over the years.”