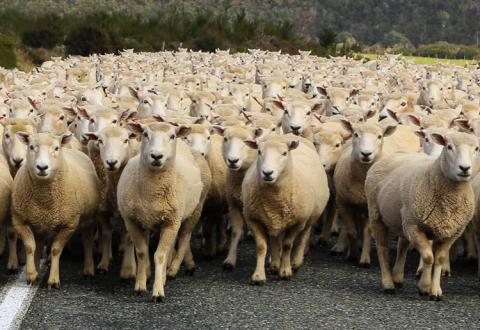 “Threats to freedom of speech, writing, and action, though often trivial in isolation, are cumulative in their effect and, unless checked, lead to a general disrespect for the rights of the citizen.”

In early December I asked Jim Grant how to reconcile exuberant financial markets with economic reality that reads like dystopian fiction. He responded,

I’m not sure there’s much distinction. To me, the current form of dystopia is the bubble form. So I think this is the year of the dystopian bubble.

The opening pages of the new decade feel like we’re living through a combination of George Orwell’s 1984 and Charles Mackay’s Extraordinary Popular Delusions and the Madness of Crowds. On the day the 2020 election results were to be certified in the Senate, a mob from the losing side surrounded and actually breached the Capitol. The outgoing president was accused of inciting a riot, threatened with impeachment, and banned for life on Twitter. Despite the chaos, stocks shrugged it all off and rallied to new highs.

The following weekend cover of Barron’s, “The Case for Optimism,” captured the manic side of the dystopian bubble perfectly. Its editorial staff sees a silver lining in practically every cloud:

[T]his is a market determined to march higher, and it’s not about to be derailed—even by historic mayhem in the nation’s capital. Stocks are rallying on the trillions of dollars in stimulus that may only be accelerated under the new administration. A chaotic political season is winding down, while the economy is gearing up for a postpandemic reopening.

Investors need to keep their eyes forward and look ahead to a Joe Biden presidency: to more-predictable domestic policies, smoother trade relations, and additional efforts to revive the economy. Now might not be a good time to own anything defensive.