After two months of an encouraging—if not half-hearted–rebound, oil prices have gone into reverse gear once again. Futures tied to WTI crude were down a whopping 8% on Monday morning to trade at $36.35/barrel, a level they last touched two months ago as the markets come under a fresh wave of pressure from a stalling recovery in demand as well as a mistimed expansion of production by OPEC that threatens to reverse the gains by the cartel’s latest production cuts.  The latest rout has elicited another round of price cuts by Saudi Arabia in a situation eerily reminiscent of the oil price war that sent the markets crashing into negative territory for the first time ever.

But as the debt-riddled U.S. shale patch braces for a new reality of ‘Lower Forever’ with massive asset writeoffs amid a growing wave of bankruptcies, its equally distressed neighbor further north has resorted to a different trick: Mergers and Acquisitions.

Starved of vital capital by weary banks and shareholders, small- and mid-sized oil and gas companies in Canada are scrambling to find partners in a bid to become bigger and– hopefully–more solvent.

Meanwhile, bargain-hunting private equity firms have pounced on the opportunity, hoping to buy distressed assets for pennies on the dollar. 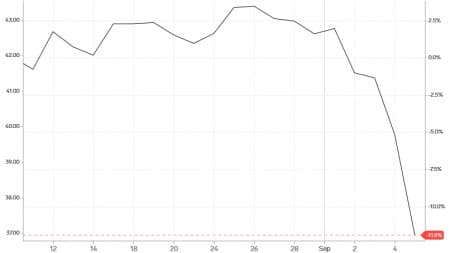 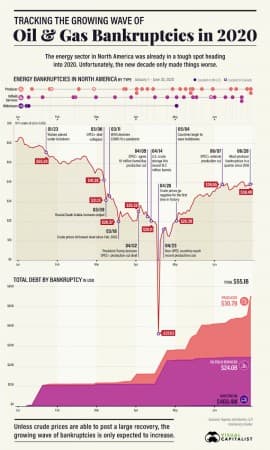 After years of continuous underperformance and paltry returns following a six-year downturn by the sector, cheap credit for Canada’s oil and gas companies has dried up, forcing them to look for less conventional means to survive.

The Covid-19 crisis has only served to worsen the situation, with the S&P/TSX Capped Energy–Canada’s equivalent of the U.S.’ Energy Select Sector SPDR Fund (XLE)–down 46.8% in the year-to-date vs. -41.9% return by XLE.