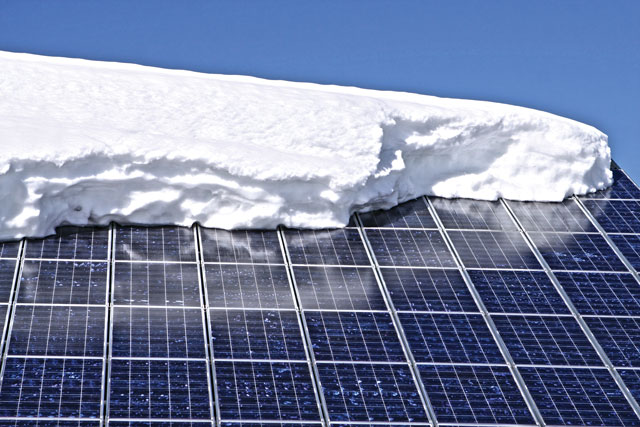 More than 35,000 homes and 600 businesses in Scotland have installed solar PV panels, but only because of lavish government subsidies. Now that these subsidies are being discontinued the question becomes whether solar PV in Scotland can stand on its own two feet. The data from operating PV arrays presented in this post show that the answer is a resounding “no”. With capacity factors of only 8-9% and seasonal generation ranges exceeding a factor of twelve, Scotland is in fact one of the worst places in Europe for solar, despite what its supporters claim.

Articles telling us what a great country Scotland is for solar PV continue to appear. The latest was this one from PV Magazine, linked to in Blowout Week 242. It had this to say:

Solar power is the fastest growing energy technology in the world, and works exceptionally well even in the U.K.’s northern location and climate …

According to the BBC solar energy works so exceptionally well at high latitudes that it could power all Scottish electricity supplies. The BBC even provided supporting evidence:

Data from WeatherEnergy showed that sunshine in Edinburgh in April (2015) generated more electricity than is used in an average home – a total of 113%. In Aberdeen the figure was 111%, 106% in Glasgow and 104% in Inverness.

But while Scotland’s solar potential, which according to Herald Scotland is “staggering” ….

Rooftop solar provides an exceptionally cost-effective, popular, community-based solution with the potential for a staggering 40GW of rooftop capacity across Scotland.

…. it’s not being realized because Scottish solar is being “unfairly punished”:

Solar deployment on Scottish rooftops lags far behind both national and European deployment. One of the reasons for this is the particularly harsh tax treatment of rooftop solar on Scottish businesses and public sector buildings, including schools and hospitals.