10 Ways To Avoid Diseases in Wild Game When Survival Hunting

10 Ways To Avoid Diseases in Wild Game When Survival Hunting 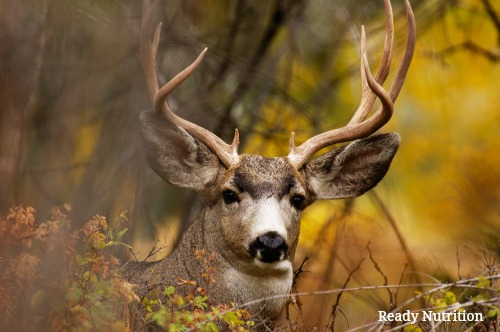 ReadyNutrition Guys and Gals, for the most part, hunting season is over in most of the United States.  The reason for this article is if you must do any hunting after the “S” hits the fan.  There are a few things to keep in mind about diseases and wild game.  It is simple stuff, however, do not allow its simplicity to lull you into a false sense of security: these diseases can kill or cripple you.

Common Animal Diseases You May Come in Contact With

What we’re referring here to specifically are termed zoonotic infections.  These are infections that are concentrated and/or endemic to wild animal species and can be transferred (hence infecting) humans and/or domestic animals.

Some examples here are Tularemia (also known as “rabbit fever”) found in rabbits and hares.  It is brought on by ticks (indeed, many of these zoonotic infections are transferred to humans by arthropod vectors (disease-carrying arthropods, such as ticks or fleas), although it can persist into the winter months and infect a human before it kills the host animal.

Brucellosis is another one, and much costlier, as it spreads to livestock, causing cattle to spontaneously abort their young prior to completion of gestation.  Brucellosis can also pass to human beings.  Back in 1996, Cryptosporidium passed to an individual who used deer scent (a combination of deer urine and deer glands); it was passed through the bottle of scent.  Other diseases are Giardia (Giardia lamblia), Trichinosis, and tapeworm infestations.

One of the methods for these transmissions with wild game is the fecal-oral method of contamination.  The hunter touches the feces or urine of the slain animal and then manages to ingest it by touching it to the mouth.

← Regime Change, Anyone? Tell Me More About How Google Isn’t Part Of The Government And Can Therefore Censor Whoever It Wants? →