Home » Geopolitics » Europe Without the Union

Europe Without the Union

Europe Without the Union

The European project was always bound to fail. Europe is a continent riven by geographic barriers. It has spent two millennia not only indulging in massive and constant internal wars, but also keeping written records of them, informing each generation of all the times their forebears were wronged. Over the centuries, great empires have risen and fallen, leaving behind distinct groups of people with different histories, languages and cultures. Any project attempting to fuse these disparate cultures into one monolithic state over the course of just 70 years was by its very nature doomed. It would inevitably encounter insurmountable levels of nationalistic resistance, and eventually the project would stall. That is the point at which we now find ourselves. 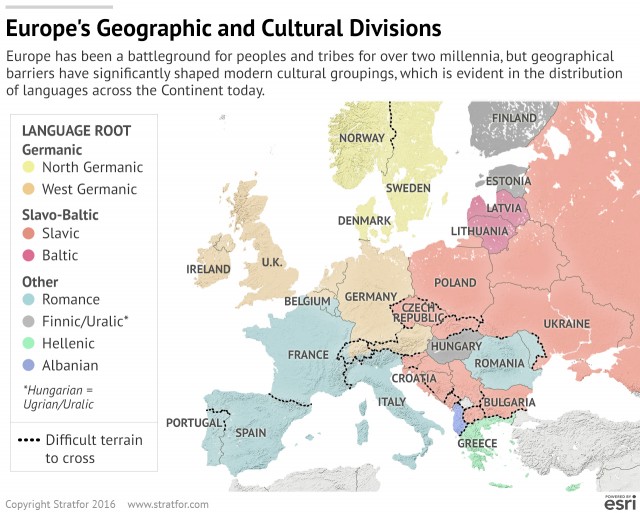 Crises abound, and though they all have different facades, each stems from the same underlying issue: Citizens ultimately prize their national and regional identities over the supranational dream. The sovereign debt crisis and repeating Grexit scares, born of the introduction of the euro in 1999, have exposed Northern Europe’s unwillingness to subsidize the south. The Brexit referendum, scheduled for June, can trace its roots to the 2004 enlargement of the European Union, and the ensuing wave of Polish migration to the United Kingdom. Meanwhile, amid the ongoing immigration crisis, national leaders are appeasing their populations by bypassing European rules and re-erecting border controls to stem the flow of refugees across their territory. In all of these situations, the same factors are at work: The driving forces within Europe are national in nature, and countries will ultimately put their own interests first.

Today’s problems were both predictable and predicted. The next step, however, is harder to foresee. Having identified a system’s inherent flaw, one can very well state that it is unsustainable, but unfortunately the flaw provides no guide as to the exact circumstances of the system’s end.