The Next Recession Will Be Devastatingly Non-Linear

The Next Recession Will Be Devastatingly Non-Linear

The acceleration of non-linear consequences will surprise the brainwashed, loving-their-servitude mainstream media.

But the effects of the next recession won’t be linear–they will be non-linear, and far more devastating than whatever modest GDP decline is registered. To paraphrase William Gibson’s insightful observation that “The future is already here — it’s just not very evenly distributed”: the recession is already here, it’s just not evenly distributed– and its effects will be enormously asymmetric.

Non-linear effects can be extremely asymmetric. Thus an apparently mild decline of 2% in GDP might trigger a 50% rise in the number of small businesses closing, a 50% collapse in new mortgages issued and a 10% increase in unemployment.

Richard Bonugli of Financial Repression Authority alerted me to the non-linear dynamic of the coming slowdown. I recently recorded a podcast with Richard on one sector that will cascade in a series of non-linear avalanches once the current asset bubbles pop and the current central-bank-created “recovery” falters under its staggering weight of debt, malinvestment and speculative excess.

The core dynamic of the next recession is the unwind of all the extremes:extremes in debt expansion, in leverage, in the explosion of debt taken on by marginal borrowers, in malinvestment, in debt-fueled speculation, in emerging market debt denominated in US dollars, in financial repression, in political corruption–the list of extremes that have stretched the system to the breaking point is almost endless.

Nonlinear Complexity – Too Much for Most People to Comprehend

Nonlinear Complexity – Too Much for Most People to Comprehend 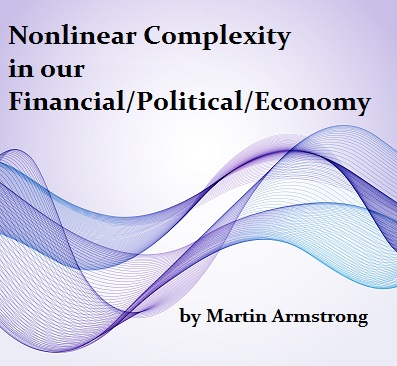 Good day to you Martin. I know you are a very busy man, but I still like to send you emails time to time, hoping that you may read my email and respond to me. In regards to your recent post about the theory of Non-linear intervention, I was quietly amazed at the fact that I recently had the same idea as yours.

In my math class, my teacher taught us a different way to solve quadratic equations, and it was completely done by original algebra rules, not with the formulas we used to be given in high school. My math teacher said that most teachers do not use this method other than using special case formulas because its non-linear solution and that messes up people’s brain.

Also in my Economics class, we are learning about the basics of supply and demand and here we again use the straight linear method, such as ceteris paribus. I was sincerely curious to know if that is true for everything we do.

You have shown me a clear path in every aspect of this world. But I have a question about the Euro, I too have lost so much money by just looking at the fundamentals and execute trades and now I have learned that the fundamentals do not matter the most to move the market unless its very significant incident. (is that correct?) For instance, the Euro rallied whenever there was a chance to go up, and as a person who was only looking at the fundamental side, it was very odd and frustrating for me to watch it go up, but on the other hand, the technical communities were chanting a song that EUR/USD will spike to 1.2000 and so it did. I am still a fool who cannot read the market.