Death of Democracy? – Part I

Death of Democracy? – Part I

For many complex reasons, Europe is in an advanced state of decline. In recent years, several important studies of this condition have appeared, advancing a variety of reasons for it: Douglas Murray’s The Strange Death of Europe: Immigration, Identity, Islam, James Kirchik’s The End of Europe: Dictators, Demagogues, and the Coming Dark Age, as well as Christopher Caldwell’s ground-breaking 2010 study, Reflections on the Revolution in Europe: Immigration, Islam and the West. Soeren Kern at Gatestone Institute has also been detailing the steady impact of immigration from Muslim regions on countries such as Germany, Sweden, and the United Kingdom.

It is clear that something serious is happening on the continent in which I live.

The threat is not restricted to Europe, but has a global dimension. Michael J. Abramowitz, President of Freedom House, writes in his introduction to the organization’s 2018 report:

The Swedish government is now officially questioning free speech. A government agency has declared so-called Swedish “new media” — news outlets that refuse to subscribe to the politically correct orthodoxies of the mainstream media — a possible threat to democracy. In a government report, tellingly called “The White Hatred” written by Totalförsvarets forskningsinstitut (Total Defense Research Institute), a government agency under the Swedish Ministry of Defense, Swedish new media such as Samhällsnytt (formerly known as Avpixlat), Nyheter Idag and Nya Tider are lumped together with neo-Nazi media such as Nordfront.

“Hate” is defined broadly to include violent extremism, “hateful expressions”, jokes, internet trolling and even the use of certain quotation marks. For instance, in the report, placing the word “refugees” in quotation marks, as well as “unaccompanied children,” is supposedly an expression of “hate”. (Many, if not most, migrants classified as “unaccompanied children” have turned out to be grown men).

The European Federation of Journalists (EJF), “the largest organization of journalists in Europe, represents over 320,000 journalists in 71 journalists’ organizations across 43 countries,” according to its website. The EJF, a powerful player, also leads a Europe-wide campaign called “Media against Hate.”

The “Media against Hate” campaign aims to:

“counter hate speech[1] and discrimination in the media, both on and offline… media and journalists play a crucial role in informing…policy … regarding migration and refugees. As hate speech and stereotypes targeting migrants proliferate across Europe… #MediaAgainstHate campaign aims to: improve media coverage related to migration, refugees, religion and marginalised groups… counter hate speech, intolerance, racism and discrimination… improve implementation of legal frameworks regulating hate speech and freedom of speech…”

Gone is all pretense that journalism is about reporting the facts. These are the aims of a political actor.

A very large political actor is, in fact, involved in the “Media against Hate” campaign. The campaign is one of several media programs supported by the EU under its Rights, Equality and Citizenship Programme (REC). In the REC program for 2017, the EU Commission, the EU’s executive body, writes:

A new German law introducing state censorship on social media platforms came into effect on October 1, 2017. The new law requires social media platforms, such as Facebook, Twitter, and YouTube, to censor their users on behalf of the German state. Social media companies are obliged to delete or block any online “criminal offenses” such as libel, slander, defamation or incitement, within 24 hours of receipt of a user complaint — regardless of whether or the content is accurate or not. Social media companies receive seven days for more complicated cases. If they fail to do so, the German government can fine them up to 50 million euros for failing to comply with the law.

This state censorship makes free speech subject to the arbitrary decisions of corporate entities that are likely to censor more than absolutely necessary, rather than risk a crushing fine. When employees of social media companies are appointed as the state’s private thought police and given the power to shape the form of current political and cultural discourse by deciding who shall be allowed to speak and what to say, and who shall be shut down, free speech becomes nothing more than a fairy tale. Or is that perhaps the point?

Political correctness (PC) has been bolstering radical Islamism. This influence was most recently shown again in an extensive exposé by the Clarion Project in July 2017, which demonstrates the practice of telling “deliberate lies while genuinely believing in them in order to forget any fact that has become inconvenient” — or, as George Orwell called it in his novel, 1984, “Doublespeak.” 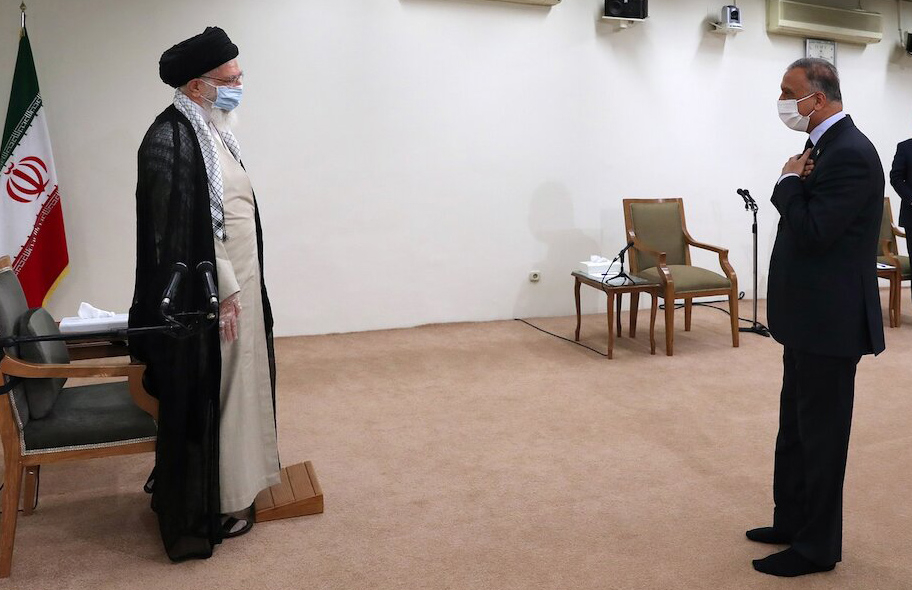 This courtship and marriage between the Western chattering classes and radical Muslim fanatics was elaborated by Andrew C. McCarthy in his crucial 2010 book, The Grand Jihad: How Islam and the Left Sabotage America.

Since then, this union has strengthened. Both the United States and the rest of the West are engaged in a romance with forces that are, bluntly, antagonistic to the values of liberty and human rights.

One of the greatest contemporary battles for individual liberty and freedom of the press is being conducted in cyber space.

Today, political, journalistic and corporate elites are in the process of trying to control, and even rewrite, “story lines” of history and current events with which they might disagree, and that they see slipping through their fingers.

It is a form of censorship akin to banning the printing press or preventing open debate in the literal and proverbial public square.

There are, however, constitutional and legal measures that can and should be taken to protect Americans from having their right to express themselves as they wish – without causing harm to public safety or engaging in illegal activity — violated every time they log in to their social media accounts.

New laws need to be codified to prevent what have become virtual utilities such as Facebook, Google, Twitter and YouTube from steering debate in a particular ideological direction.

One argument against holding these social media giants accountable is that they are private companies, and that consumers can simply stop using them.

The European Parliament has introduced a new procedural rule, which allows for the chair of a debate to interrupt the live broadcasting of a speaking MEP “in the case of defamatory, racist or xenophobic language or behavior by a Member”. Furthermore, the President of the European Parliament may even “decide to delete from the audiovisual record of the proceedings those parts of a speech by a Member that contain defamatory, racist or xenophobic language”.

No one, however, has bothered to define what constitutes “defamatory, racist or xenophobic language or behavior”. This omission means that the chair of any debate in the European Parliament is free to decide, without any guidelines or objective criteria, whether the statements of MEPs are “defamatory, racist or xenophobic”. The penalty for offenders can apparently reach up to around 9,000 euros.

On March 11, 2004, 192 people were killed and 1,400 wounded in a series of terrorist attacks in Madrid. Three days later, Spain’s Socialist leader, José Luis Rodríguez Zapatero, was elected prime minister. Just 24 hours after being sworn in, Zapatero ordered Spanish troops to leave Iraq “as soon as possible.”

The directive was a monumental political victory for extremist Islam. Since then, Europe’s boots on the ground have not been dispatched outside Europe to fight jihadism; instead, they have been deployed inside the European countries to protect monuments and civilians.

“Opération Sentinelle” is the first new large-scale military operation within France. The army is now protecting synagogues, art galleries, schools, newspapers, public offices and underground stations. Of all French soldiers currently engaged in military operations, half of them are deployed inside France. And half of those are assigned to protect 717 Jewish schools. Meanwhile, French paralysis before ISIS is immortalized by the image of police running away from the office of the satirical magazine Charlie Hebdo during the massacre there.

You can find the same figure in Italy: 11,000 Italian soldiers are currently engaged in military operations and more than half of them are used in operation “Safe Streets,” which, as its name reveals, keeps Italy’s cities safe. Italy’s army is also busy providing aid to migrants crossing the Mediterranean.