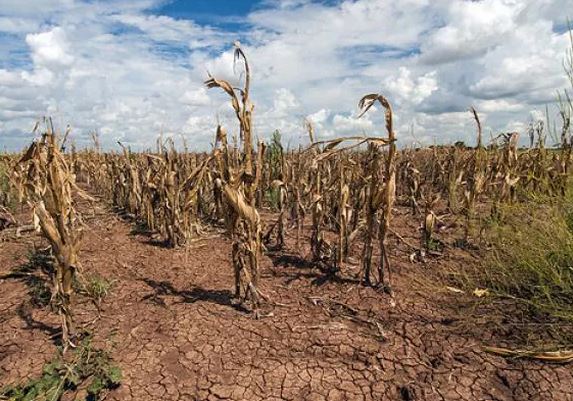 The most serious forecast that we see from our computer models has been a rise in agricultural prices caused by Global Cooling – not Global Warming. Crops cannot grow without the sun and water. Historically, when the weather turns cold, the crops fail. 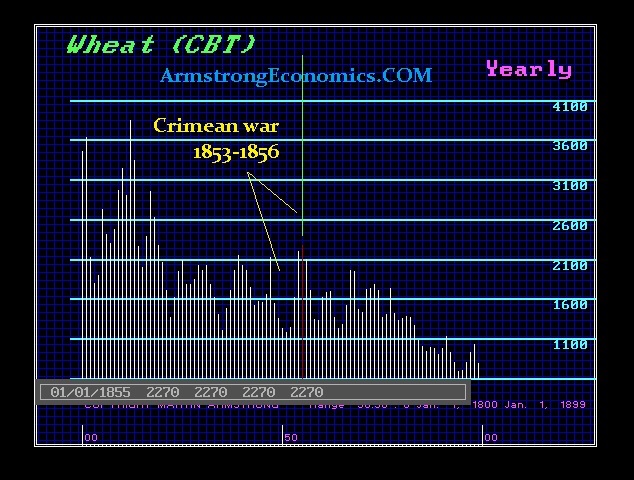 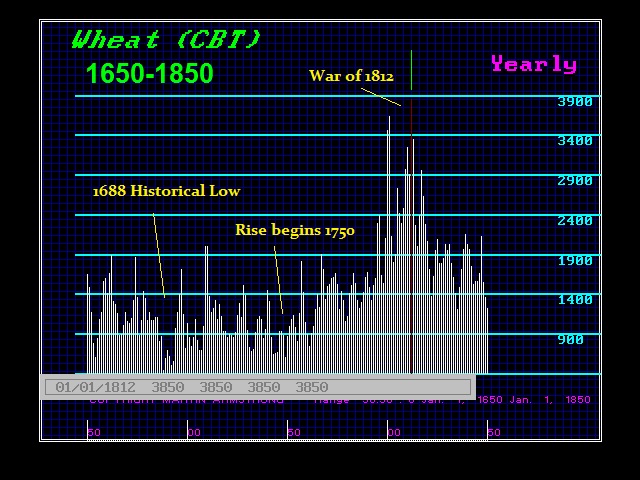 There is no question that food prices will rise during periods of war when crops cannot be planted and armies require food on a priority allotment. 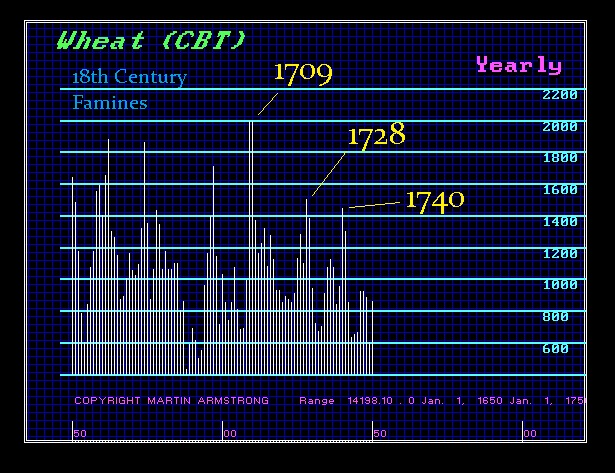 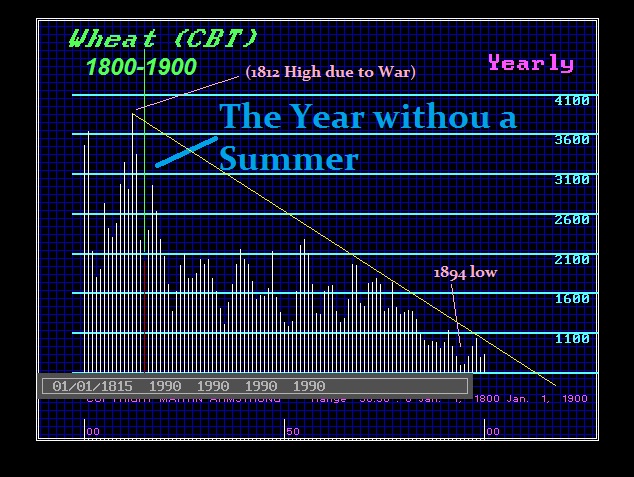 However, Mother Nature sticks her finger into the pot to stir things up. The famine cycle is also an 8.6-year frequency, but the volatility aspect comes in units of 12 rather than 6. 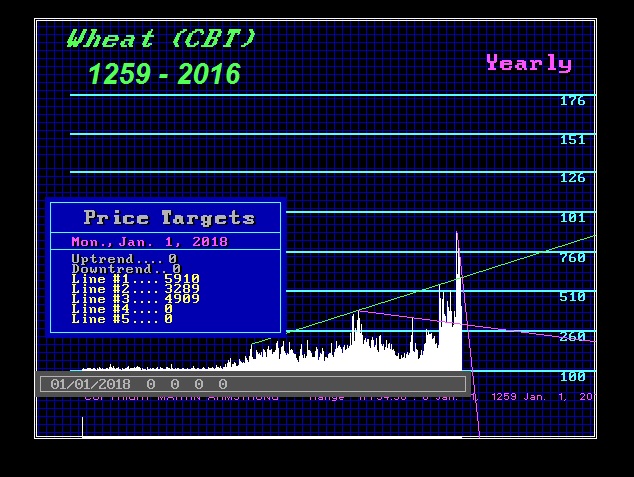 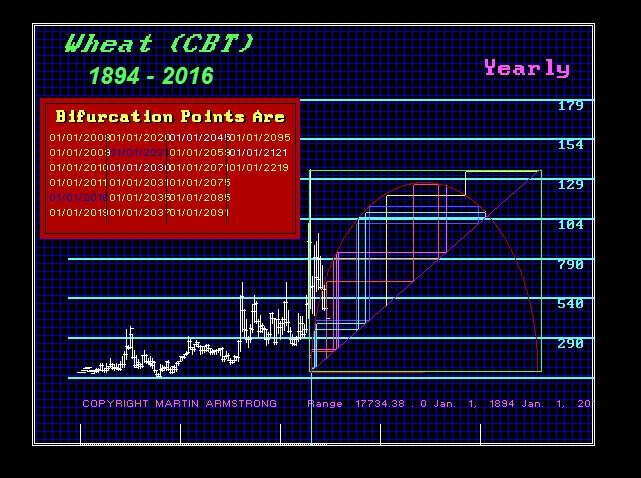 Our database on wheat from 1259 forward (excluding our data on the Roman Empire grain prices), reveals that there is a serious risk of famine from 2020 onward. It appears that we may very well enter a 12-year rally into the year 2032. Our Bifurcation Models are reflecting also a gap in time between 2020 and 2031 suggesting a trend appears to last for that period of time.

The downside of taxation, and particularly inheritance taxes, has driven farmers to sell their land to conglomerates just to pay the inheritance taxes. This has resulted in genetically altering crops to increase yield. While genetically altered crops do not really appear to present a major health concern as many seem to argue, the real danger is the fact that during the past 100 years, 94% of the world’s edible seed varieties have vanished.

The downside of socialism which has attacked the rich, we have sacrificed the historical model in our food supply for corporate decision making that bribes politicians handing them their needed money to remain in office with each election.