Private sector economists warn of possibility of recession this year

Despite an economy that’s shrunk every month for which we have data this year, the federal finance minister says Canada is not in a recession and is poised for growth later in 2015.

At an event in Toronto on Friday, Finance Minister Joe Oliver told reporters that the economy will avoid recession this year, despite newdata from Statistics Canada earlier this week that shows GDP has contracted in each of the first four months of the year — two-thirds of the way toward the technical definition of a recession.

Technically, economists define a recession as two consecutive quarters with negative GDP growth. Oliver said it’s too early to say the country is in a recession because we don’t have economic data for the entire January to June period.

“We expect solid growth for the year, following a weak first quarter.” 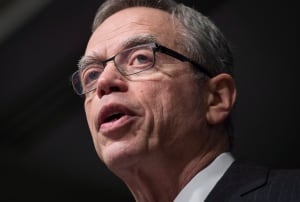 Finance Minister Joe Oliver’s April budget projected an economy that would grow by about two per cent this year. (Darren Calabrese/Canadian Press)

April’s federal budget assumed an economy that would grow by about two per cent this year. So far, the numbers show the economy shrank by 0.6 per cent in the first three months of the year, and another 0.1 per cent in April.

The Finance Department’s optimism is far from a universal view. Bank of America economist Emanuella Enenajor raised eyebrows with a report on Thursday, in which she said the GDP report for April, which showed the economy shrank by 0.1 per cent, caused her to revise her expectations downward for the entire April to June quarter.

That would be enough to bring a dirty economic word into the discussion: recession.

The head of a small Ottawa-based charity is in Geneva this week to complain to a United Nations committee about the Canada Revenue Agency’s program of political-activity audits.

Harriett McLachlan, president of Canada Without Poverty, is pleading her case before the UN Human Rights Committee, arguing that a special audit program launched by the tax agency in 2012 violates Canada’s international commitments on human rights. 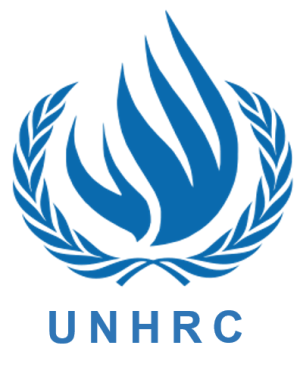 The UN Human Rights Committee will hear complaints this week from a small Ottawa charity that the Harper government is violating its rights.

McLachlan says a rule limiting to 10 per cent the resources a charity can devote to political activities effectively silences groups like hers that want to hold the Canadian government accountable.

“If we want to write a petition, or be part of some kind of gathering, a protest, there’s a fear there that we are stepping over the bounds,” she said in an interview with CBC News.

“There’s a potential of a gag being put over my mouth.”

Canada Without Poverty is among 60 charities being hit with political-activity investigations under a $13.4-million special program by the Canada Revenue Agency. The group has been under continuous audit for three years.

The UN Human Rights Committee each year reviews the human-rights records of a handful of the 168 countries that have signed the International Covenant on Civil and Political rights. Canada’s turn comes up this week.

A panel of 18 independent experts will listen to Canadian groups, such as Kairos and Amnesty International Canada, raising issues of human-rights abuses in Canada, including murdered and missing indigenous women, and the residential school abuse of indigenous children.

The Tragedy of Harper’s Canada

The Tragedy of Harper’s Canada

“This abuse of executive power is tilting toward totalitarian government and away from the foundations of democracy and the rule of law on which this country was founded.”

The current Conservative government of Prime Minister Stephen Harper looks like a tattered and ragged old stuffed animal these days. You know–the ones with one button-eye missing and the other hanging by a single thread. Although he has survived endless scandals and sleazy acts over the past decade, Harper’s musical tune is now screeching and discordant.

Two of his top ministers (the obedient Peter McKay and the attack-dog, know-nothing John Baird) have decided to abandon politics. A third (Jim Prentice) left to run Alberta, but was soundly defeated by a resurgent New Democratic Party. Harper’s possible successor, Jason Kenney, now Minister of Defence, looks bewildered as he repeats NATO’s lies about Russian aggression and fumbles along in a totally incoherent foreign policy.

On the international scene, this mean autocrat has had the gall—if you can believe this—to point his finger at Vladimir Putin and tell him to get out of the Ukraine. This moronic demand bespoke of his ignorance of the Ukraine’s common history and culture with Russia. Harper has murky ties with right-wing Canadian Ukrainians and has adopted the fantastical narrative pushed by the US and its pliant allies in the EU and NATO. He thinks this may get him some votes. He sent 200 troops (disguised as trainers) into the Ukraine to help quell the rebellion in Eastern Ukraine.

The opposition parties are demanding that Stephen the Sneaky come clean regarding his support for the neo-Nazi gangs of thugs in the Ukraine armed forces (like the Azov battalion). He appears to love vilifying Putin. Recently Russian MP Aleksey Puskov (United Russia) stated that Russia is the “most anti-Russian state in the western alliance as a whole and definitely also in the G7 group.”

An independent government watchdog group has called on Canada’s auditor general to review taxpayer-funded spending on government advertising. Democracy Watch has also launched a letter-writing campaign through its website, demanding the office look at what it describes as “questionable” ad initiatives in the past.

The group’s co-founder, Duff Conacher, said the federal government is spending public money on ads that mislead or advertise for initiatives that don’t exist.

Government ads can be seen on TV, radio, billboards and the Internet and are paid for by taxpayers’ dollars. There’s currently no oversight to make sure money isn’t spent on partisan ads, though in the past, citizens have complained to Advertising Standards Canada about government ads they felt were misleading.

For example, the government’s current ad blitz will cost $13.5 million for April and May, according to a Canadian Press storyon Monday.

Those ads highlight measures in the federal budget, which was introduced last week, but hasn’t been passed by Parliament.

“The ads are being done, the measures have not been passed, they don’t exist. Therefore it’s false advertising,” Conacher said. “They may never be implemented if the budget bill does not pass before the fall election.”

After that, he said, he’s calling for a comprehensive audit of all advertising going back to 2006.

He said previous ads campaigns, such as one claiming the government treats military veterans well, and another that caused a scandal in 2013 advertising a training grant program that didn’t exist, were political in nature. They did not help to inform Canadians about services available to them.

That, or he’s been drinking his own Kool-Aid.

No wonder they’re spending $7.5 million in public money to advertise Joe Oliver’s budget. Bernie Madoff couldn’t have come up with a sneakier sell than this.

Still, no one should be surprised. This misbegotten government’s modus operandi is about much more than information control. It’s about soaring, jet-propelled skullduggery in a never-ending political campaign. It’s a power fantasy. It’s Steve’s way.

Armed with his narrative of convenience, Harper programs the electorate with fictions of prosperity, compassion and prudence. In the real world, he acts quite differently. There, he underfunds Coast Guard stations, veterans’ offices, First Nations tribal councils, railway inspections, scientific research and Employment Insurance processing.

And don’t forget health care — $36 billion in cuts over ten years and still no Health Accord. Next step? Transfer tax credits for health to the provinces (after all, they administer health don’t they?) and get the gum of medicare off Ottawa’s shoe for good — just like the founder of the National Citizens Coalition (once led by Steven Harper) advocated.

Numbers have a wonderfully elastic quality to them; like Harper cabinet ministers, they say what they’re told to say. Numbers are the favourite tool of fraudsters and politicians alike. One swindles money, the other swindles votes.

Here are some examples of rubber numbers from Harper’s past. When he wanted to buy F-35 fighter jets without a competitive bid process, he told Parliament the sticker price was $70 to $75 million per plane — in the crazed world of death machines, a bargain. The real price was 40 per cent higher and the Harper cabinet knew that back in 2010 long before it started lying — during an election, no less — about the actual costs to the tune of $10 billion.

Does Ottawa’s skip-the-media strategy get the message out?

Does Ottawa’s skip-the-media strategy get the message out?

Communicating directly is fine, but it also helps to hit the target with relevant information

Government critics of the media seem increasingly convinced these days that they can do the job of communicating a message better than journalists can — and, as a result, they are coming up with their own approaches.

Which would be fine, at least from the critics’ perspective, if they were right. Unfortunately, evidence to date suggests that, for the most part, they really aren’t. Efforts to eliminate the middleman often end up muddling the message.

As The Canadian Press reported over the weekend, the Canada Revenue Agency is considering setting up a special website to counter media reports that, in its view, fail to include the “positive messaging” provided to reporters.

OTTAWA – A move by telecommunications firms to be more forthcoming with the public about their role in police and spy surveillance could divulge “sensitive operational details,” a senior Public Safety official warned in a classified memo.

Company efforts to reveal more about police and intelligence requests — even the disclosure of broad numbers — would require “extensive consultations with all relevant stakeholders,” wrote Lynda Clairmont, senior assistant deputy minister for national and cybersecurity.

Clairmont’s note, released under the Access to Information Act, provided advice to deputy minister Francois Guimont on the eve of his one-hour April 17 meeting with representatives of Telus Corp. to discuss specifically what information the company was allowed to tell the public about electronic surveillance activities.

Canada, At War For 13 Years, Shocked That ‘A Terrorist’ Attacked Its Soldiers – The Intercept

Canada, At War For 13 Years, Shocked That ‘A Terrorist’ Attacked Its Soldiers – The Intercept.

TORONTO – In Quebec on Monday, two Canadian soldiers were hit by a car driven by Martin Couture-Rouleau, a 25-year-old Canadian who, as The Globe and Mail reported, “converted to Islam recently and called himself Ahmad Rouleau.” One of the soldiers died, as did Couture-Rouleau when he was shot by police upon apprehension after allegedly brandishing a large knife. Police speculated that the incident was deliberate, alleging the driver waited for two hours before hitting the soldiers, one of whom was wearing a uniform. The incident took place in the parking lot of a shopping mall 30 miles southeast of Montreal, “a few kilometres from the Collège militaire royal de Saint-Jean, the military academy operated by the Department of National Defence.”

The right-wing Canadian government wasted no time in seizing on the incident to promote its fear-mongering agenda over terrorism, which includes pending legislation to vest its intelligence agency, CSIS, with more spying and secrecy powers in the name of fighting ISIS. A government spokesperson asserted “clear indications” that the driver “had become radicalized.”